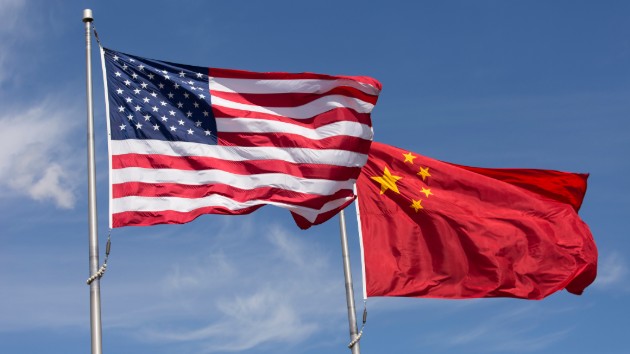 cbarnesphotography/iStock
Posted on May 22, 2019 by ABC News

(BEIJING) — For most Game of Thrones fans around the world, to quote the show, their watch has ended. But in China, the divisive series finale hasn’t been made available.A hour before the show was due to stream Monday morning in Beijing, as it aired simultaneously throughout much of the rest of the world, HBO’s content partner in China wrote on its Weibo account: “Dear users, we are sorry to inform you that because a media transmission problem the sixth episode of the eighth season of ‘Game of Thrones’ cannot be uploaded, we will notify you of the broadcast time.” In China, the truth is opaque and full of euphemisms.Westeros may have survived an invasion of White Walkers, but HBO’s worldwide hit may have fallen victim to the current trade war between the U.S. and China.An unnamed HBO spokesperson told The Wall Street Journal that China restricted Tencent from airing Game of Thrones due to the trade dispute, telling the news outlet HBO “didn’t experience any trouble with the program’s transmission.”Han Chaowei, a spokesman for Tencent, told ABC News that the company has no further comment on the issue and that any update will come from their official social media accounts.Since the weekend, there has been growing Chinese media chatter about a Xian Mei Ling or “Limit/Boycott America Order” coming into effect in the wake of the failed trade talks, with Game of Thrones appearing to be just the latest example.China previously had an unofficial “Boycott Korea Order” when South Korea deployed a U.S. missile system in 2016. No major K-pop stars, massively popular in China, have been able to perform in Mainland China since then.Online media outlets in China are questioning whether this is the American version of what happened to South Korea’s K-pop stars, as official Chinese propaganda has begun turning up nationalist rhetorical heat after President Donald Trump’s most recent tariff increase.Entgroup, which tracks Chinese box office receipts, reported that Avengers: Endgame, released by ABC News’ parent company The Walt Disney Co., has been denied a routine theatrical extension despite being a record-breaking hit in China, earning more than $611 million in less a month.A China Film Distribution Company employee who would only give his surname, Chen, confirmed to ABC News that no extension will be given to the highest-grossing American film in Chinese box office history and that no reason has been given.Films are usually given a 30-day release window in China and extended based on performances. The three previous Avengers films all were given extensions.In 2018, prior to the trade war, Infinity War was extended for three months. Endgame, which already has earned almost twice as much at the box office as the entire run of Infinity War, was within striking distance of Wandering Earth, the highest-grossing movie released this year in China. Endgame is scheduled to be pulled from Chinese theaters after Friday.Other Chinese productions with American connections also have been affected.A heavily promoted Chinese drama called Over the Sea, I Come to You or Taking My Dad Along to Study Abroad, about a father who tags along with his son when he attends college in America, was due to premiere over the weekend on Zhejiang Satellite TV, one of the most popular channels in China. It was suddenly pulled and replaced without notice.An employee at Zhejiang Satellite TV’s programming department, who would only be identified by his surname, Zhang, told ABC News his company received an order over the weekend from China’s Radio and Television Administration in Beijing to pull the show — no reason was given.Despite this, a source inside the Chinese Propaganda bureau denied the existence of a “Limit America Order” to ABC News and said that environment has not yet deteriorated to that extent.Although some fans of the show in China found and shared pirated clips, as of early Wednesday, a 30-second preview still sat as a placeholder for the Game of Thrones series finale on Tencent’s website. Copyright © 2019, ABC Radio. All rights reserved.