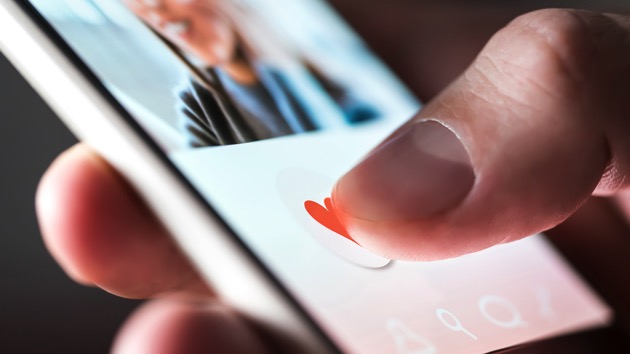 Tero Vesalainen/iStock
Posted on May 22, 2019 by ABC News

(NEW YORK) — Americans are finally starting to reach across the aisle again — at least when it comes to dating.Many Americans have traditionally dated people with a different political affiliation, but that changed right after the 2016 election, according to data from the Match Group, a company that includes dating apps Tinder, Hinge, Match, PlentyOfFish, Meetic, OkCupid, OurTime, and Pairs.In fact, in 2016, there was a period when Americans seemed less interested in dating in general.”For a couple weeks after the election, our traffic went down significantly,” Match Group CEO Mandy Ginsberg said at The Wall Street Journal’s Future of Everything Festival in New York City on Tuesday. “Looking at a bunch of our different apps, we actually saw our female traffic going down.””I don’t know if people were just distracted, I don’t know what was going on. It was actually a little bit worrisome because you need women on the apps,” Ginsberg said.”The good news is over time things have gone back to normal. So literally, love Trumps everything.”Ginsberg said that in general, people tend to date over political, socioeconomic, racial and educational divides.However, different apps within the Match empire tend to attract people with certain political leanings.Ginsberg called OKCupid a “blue state app.” Participants can filter out people who supported Trump — it can do the same for other candidates — the app lets potential soulmates to add a Planned Parenthood sticker to their profiles.OkCupid, which was started by four math Ph.D.s at Harvard, is known for exhaustive questionnaires, has always been more of a “left-of-center, irreverent brand” which “attacked political issues pretty early on,” Ginsberg said. It also has more potential matches for people with higher education degrees than any other app.Tinder, on the other hand, doesn’t ask for any political affiliation information.PlentyOfFish, is considered more “red state” app, according to Ginsberg, who explained that its users are older and often located in southern cities like Atlanta and Dallas.The dating app market seems to show no sign of slowing down, as online dating has shed most of its social stigma. Later this year, Facebook is expected to roll out Facebook Dating and Secret Crush in the U.S.People under 30 use about four dating apps at a time, according to Ginsberg.Thirteen years ago, when Ginsberg started at Match, about 3 percent of U.S. marriages started online. Now the number is over 30 percent, she said.Copyright © 2019, ABC Radio. All rights reserved.