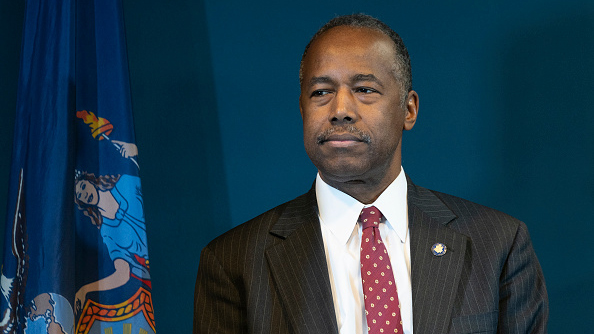 Lev Radin/Pacific Press/LightRocket via Getty Images
Posted on May 21, 2019 by ABC News

(WASHINGTON) — After a female congresswoman challenged Housing Secretary Ben Carson on his budget and housing policies on Tuesday, Carson responded by urging lawmakers to “think logically rather than just emotionally.”Rep. Nydia Velazquez, a New York Democrat, called Carson’s proposed budget “shameful” and “immoral” because she said it didn’t include enough money to address the nation’s housing crisis, citing the more than 4 million people waiting for housing assistance.Velazquez also challenged Carson’s proposal estimated to push out an estimated 55,000 children from the housing assistance program because they are living with a relative who won’t satisfy new immigration requirements.“We need to have a national conversation about homelessness in our nation, about the disrepair about this nation,” Velazquez said. “You know what it takes? It takes money. It takes the budget. You have created this crisis by the disinvestment that has taken place in public housing in our nation.”Carson was prevented from responding because the congresswoman’s time was up. But Republican Rep. Bill Posey of Florida said he’d use his time to let Carson respond, describing Velazquez’s behavior as “selfish” and offering to help Carson out if he gives a “thumbs up” sign.Carson said it was “silly” he hadn’t been allowed to respond and proceeded to explain his position that he believed more money wouldn’t solve the nation’s housing crisis.“We have to analyze these things carefully, we have to use our brains,” Carson responded. “We have to think logically rather than just emotionally if we’re going to solve these problems. And they can be solved if we work together, rather than making everything into a political platform and trying to score points.”“Well stated, Mr. Secretary,” Posey said, adding that he didn’t want to see Carson “bullied and berated” for “not breaking the law.”At one point, Velazquez fired back at Posey: “You’re calling me selfish? For fighting for children in America?”The law has never allowed undocumented immigrants to qualify for federal housing assistance. But under existing rules in effect for two decades, only one person living in a household needs to meet immigration requirements, which could include a child born in the U.S.The amount of housing assistance is then prorated based on the number of people in a household who qualify. Housing advocates say this rule is enough to ensure undocumented migrants aren’t getting access to federal assistance, while still supporting legal residents and citizens.Under Carson’s plan, every person living in a unit that receives federal assistance would have eligible immigration status. The rule also would require that anyone holding the lease meets its immigration requirements.Carson’s proposal, which is subject to a 60-day public comment period and was expected to trigger a court challenge, is one of several steps the Trump administration has taken in recent months to try to curb access to public services by immigrant families. Critics say the administration’s policies will adversely impact the most vulnerable populations.Carson said the long wait lists for Americans looking for affordable housing is why he believes the change is needed.“Unless we begin to tackle the things that are driving these prices, we’re just chasing our tails by just saying we’ve to throw money at it,” said Carson.According to an agency analysis of the rule, the rule is expected to drive out of the program some 25,000 families whose members have “mixed” legal status. The analysis found that among these families, 76,141 people in these families are eligible for assistance and that 73 percent of those eligible members — roughly 55,000– are an infant, child or teen under 17 who is in the country legally and qualifies for assistance.The agency concluded in its analysis that the rule is likely to drive these families out of federally supported housing, rather than split up to retain benefits.