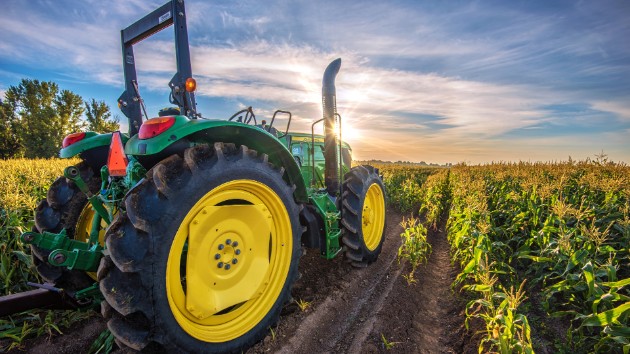 (MELBOURNE, Ark.) — Authorities in Arkansas are investigating a tractor accident that killed a 3-year-old boy.Police responded to a call in northern Arkansas on Monday afternoon and said they found the toddler unresponsive at the scene. First responders fought to administer life-saving efforts, but the child died a short time later, according to the Izard County Sheriff’s Department.The department said he died in a logging accident on a property in Melbourne, Arkansas, about 125 miles north of Little Rock. It did not disclose the circumstances of the accident, but it said he’d been ran over by the tractor.Authorities have not released the boy’s identity because his family has yet to be notified.The toddler and his family received an outpouring of love on social media as county residents rushed to the sheriff’s department’s Facebook page to offer condolences.”Please remember to send up prayers for the ambulance crew and first responders while remembering the family, these calls deeply affect them also, thanks,” one Facebook user wrote.”I couldn’t even imagine having to respond to such a scene. Prayers for all responders, and prayers for the precious souls family,” another user added.The department’s post racked up nearly 1,000 comments, reactions and shares in just a few hours.Police did not offer details about the child’s connection to the property, and the investigation is ongoing.Copyright © 2019, ABC Radio. All rights reserved.

Biden team preparing for ‘any scenario that should arise’ on Inauguration Day
Snow squalls and gusty winds expected in parts of Midwest and Northeast
Sandy Twp Police: boat scam, crash with tractor-trailer, wallet stolen at Walmart
Nearly a dozen ex-military members among those arrested in connection with Capitol riot
Horn helmet-wearing, painted face Capitol rioter should remain in custody: DOJ
Two US COVID variants have been identified. What does that mean for vaccines?