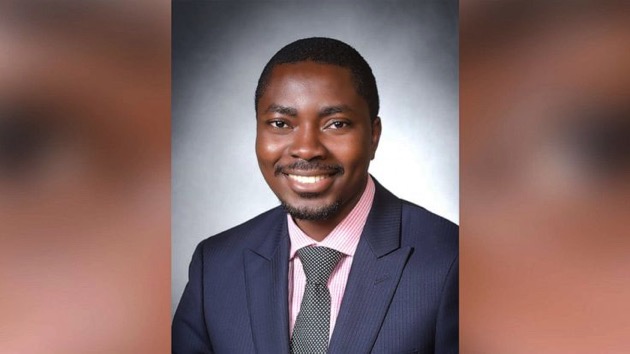 (PITTSBURGH) — A Penn State professor with a side job as a Pittsburgh Uber driver who was arrested this month for allegedly kidnapping two women is now accused of kidnapping a third woman that same night.The third woman spoke with police on May 16, saying that on May 11, she was outside at a nightclub when she saw a car with an Uber decal and jumped in the front passenger seat, according to a criminal complaint filed on Monday.She hadn’t used the Uber app but gave her address and $10 cash to the driver, later identified as 36-year-old Richard Lomotey, according to the criminal complaint.As he drove, the woman said Lomotey kept asking about her relationship status. She said she replied that “she was engaged and did not want to participate in any sexual activities with him,” but claimed Lomotey held and grabbed her wrist during the ride, according to court documents.The passenger said every time she unlocked the car doors, Lomotey would lock them, the documents said.”They began tussling because she wanted to leave the vehicle,” the documents said, and “during the tussle her shirt and bra were ripped.”She told police “she was so afraid she opened the door and jumped from the moving vehicle at an unknown location” and the car sped off.Lomotey was first arrested on May 11 in a similar incident.According to the criminal complaint, two women told police that, early that morning, they were getting an Uber ride home when their driver, Lomotey, ignored his GPS, instead driving an indirect route.Lomotey allegedly asked the passengers if they were single and complimented their appearances. At one point he allegedly pulled over, locked the car and told the victims, “you’re not going anywhere,” according to the criminal complaint.The victims leapt from the car, later showing police a photo of the suspect and his license plate from the Uber app, the criminal complaint said.Lomotey is an assistant professor of information science and technology at Penn State University, according to the school website.Lisa Powers, a spokeswoman at Penn State, told ABC News, “These allegations are deeply troubling and while we gather more information, he has been put on leave and will not be in the classroom. This is a criminal matter and we cannot comment further.”Lomotey, who faces charges including kidnapping and false imprisonment, posted bail on Monday. He is next due in court for a preliminary hearing on May 23.It was not immediately clear if he has retained a defense attorney. Lomotey could not immediately be reached for comment.A spokesperson for Uber did not immediately respond to ABC News’ request for comment, but told the Pittsburgh Post-Gazette his behavior was “unacceptable” and that the company is cooperating with police.Copyright © 2019, ABC Radio. All rights reserved.