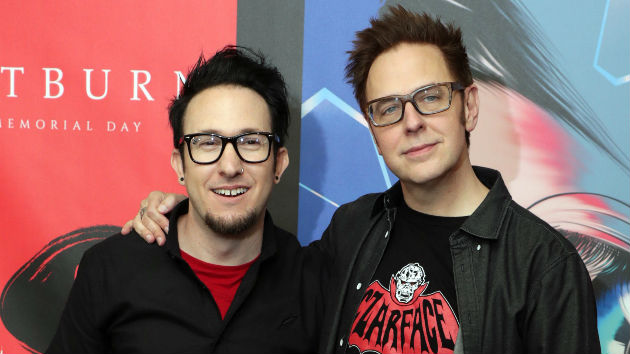 (NEW YORK) — Guardians of the Galaxy series writer/director James Gunn is on the rebound, following his firing last year — and eventual rehiring — by Marvel Studios’ parent company Disney for Vol. 3.

However, things weren’t looking so bright last year, after his Marvel movie career came to a screeching halt when old, offensive tweets of his were unearthed.

Gunn apologized for the comments, and to fans, and to Disney executives. He also took a couple of jobs: writing and directing assignment for The Suicide Squad for Warner Bros. and producing the thriller Brightburn for director David Yarovesky and Sony Pictures. It hits theaters Friday.

The movie flips the Superman story on its head: an alien falls to earth as a baby, and is raised by human parents — but instead of growing up to fight for truth, justice, and the American way, the kid in Brightburn uses his superpowers for evil.

The project was, “definitely something I could focus on,” after the firing, the filmmaker tells USA Today. “I like to work, so Brightburn was a great help to me when I wasn’t doing anything.”

However, Gunn says he didn’t produce Brightburn as a distraction from the drama. “Any time I feel like I’m using something as an escape, I usually feel like that’s an unhealthy type of thing,” says the filmmaker, who has been open about his struggles with addiction in the past.

“I just had fun making Brightburn. I was excited to make a movie with the people that I loved and cared about the most, with a concept that I thought was really dynamite,” he adds.

Gunn was reinstated by Disney in March. There’s no release date set yet for Guardians of the Galaxy Vol. 3.