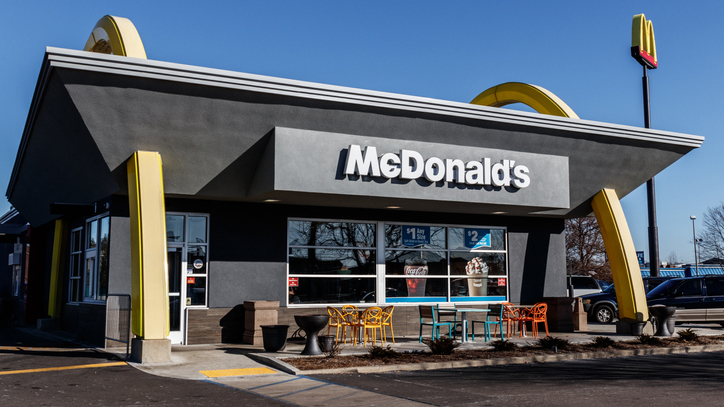 jetcityimage/iStock
Posted on May 21, 2019 by ABC News

(NEW YORK) — Twenty-five lawsuits and federal complaints were filed Tuesday in 20 cities across the U.S. accusing the fast-food company McDonald’s of sexual harassment, gender-based discrimination and subsequent retaliation.The new cases are being pushed by the labor group Fight for $15 and funded by the TIME’S UP Legal Defense Fund, which was founded in the aftermath of sexual assault allegations against movie producer Harvey Weinstein. The cases also have legal support from the ACLU.In a letter addressed to Padma Lakshmi, an actress and TV host active in the Time’s Up initiative, and shared with ABC News, McDonald’s CEO Steve Easterbrook said the company “is committed to ensuring a harassment and bias-free workplace.”In the letter to Lakshmi, Easterbrook wrote that the company had started working with RAINN, an anti-sexual violence organization, to provide employee-centered education, and rolled out “third-party facilitated and interactive training” last autumn to create a better workplace environment. Easterbrook added that the company is also “implementing new educational training modules on harassment, unconscious bias and workplace safety,” and will offer franchise operators “a new third-party managed hotline for reporting complaints.”Lawsuits and complaints against McDonald’s reflect “the brutal reality” of sexual harassment facing low-wage workers generally and at that fast-food chain in particular, according to a press release by the groups pursuing charges of misconduct. They allege that despite sexual harassment complaints in previous years, “the company has failed to address the pervasive problem of sexual harassment across its restaurant chain.”Examples given of misconduct by McDonald’s include a single mother in Missouri who was allegedly forced to quit her job after accusing her area manager of “repeated sexual harassment,” and a woman in Florida who allegedly experienced repeated assault by her male coworker which resulted in her hours being cut, according to the release. “[At] least one in four workers — especially women of color working low-wage jobs — experience sexual harassment as a routine part of their job,” said Sharyn Tejani, director of the TIME’S UP Legal Defense Fund. “Few women working low-wage jobs have the financial security to challenge their harassment. By funding the legal representation of several workers at McDonald’s, we see potential for these charges to be a catalyst for significant change.”The median annual pay for food and beverage serving and related work in 2018 was $21,750 per year, and $10.45 hourly, according to the U.S. Bureau of Labor Statistics.“Faced with low wages, uncertain scheduling practices, and minimal benefits across the fast food landscape, it should be no surprise that women workers are at such high risk for sexual harassment,” said Fatima Goss Graves, President and CEO of the National Women’s Law Center, which is taking part in legal action against McDonald’s. “We won’t stop fighting until all people can have safe and respectful workplaces, and women and girls can live with dignity, safety and equality.”Lakshmi spoke to a crowd of McDonald’s workers on Tuesday at the company’s headquarters in Chicago about sexual harassment.”We would like to see a program that doesn’t just have training and a hotline,” Lakshmi said, “but a zero tolerance disciplinary plan put in place immediately with accountability an lasting consequences for sexual harassment in the work place.”