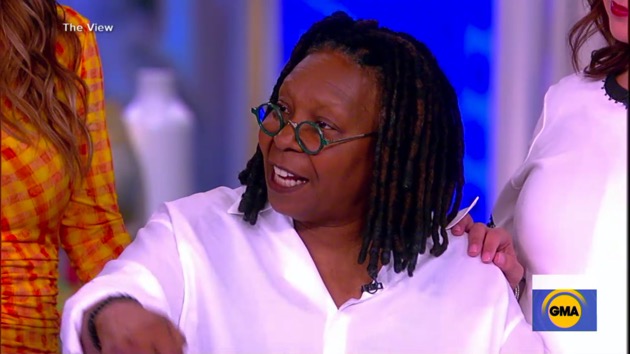 (NEW YORK) — The View co-host Whoopi Goldberg was joined by her doctors, Dr. Jorge Rodriguez and Dr. Martin Greenberg, on Monday morning to share the story of how close she was to death’s door during her battle with double pneumonia and sepsis earlier this year.Goldberg said that she had felt “sick for a while” since at least November 2018, and it “kept going” until Donald Trump’s State of the Union Address.”This can’t be the only reason I’m feeling sick,” Goldberg said she thought to herself while watching the president on television.Eventually Goldberg got on the phone with her primary physician, Dr. Jorge Rodriguez, who said he could “barely understand what she was saying” during their conversation, because her teeth were chattering from her uncontrollable shivering.”She was gasping for air” prior to going to the hospital, Dr. Rodriguez said.When Goldberg told her doctor she was unable to walk and wanted to go to sleep, Dr. Rodriguez knew “it sounded very serious,” he said.”She couldn’t breathe,” the doctor said. “Her teeth were chattering, she was obviously in what we call rigors,” which he described as an episode of shaking chills.

Every episode of ABC’s award-winning talk show “The View” is now available as a podcast! Listen and subscribe for free on Apple Podcasts, Google Podcasts, TuneIn, Spotify, Stitcher or the ABC News app.Copyright © 2019, ABC Radio. All rights reserved.