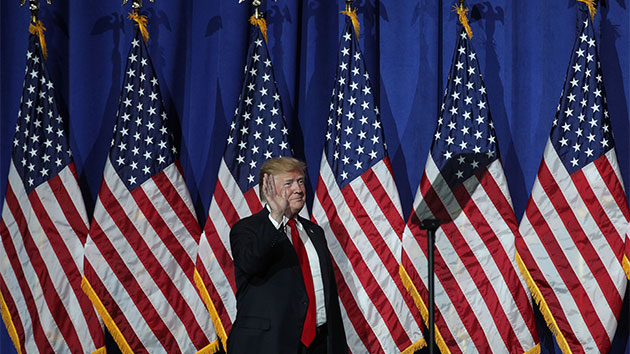 (WASHINGTON) — President Donald Trump issued a strong warning to Iran Sunday, tweeting that military engagement with the United States would mean “the official end of Iran.”

If Iran wants to fight, that will be the official end of Iran. Never threaten the United States again!

Trump’s threat comes amid rising tensions between Washington and Tehran.

The New York Times reported last week that the administration was considering sending as many as 120,000 troops to the Middle East if Iran attacked “American forces or accelerate work on nuclear weapons.” Trump denied the report, but added he would “send a hell of a lot more troops than that” if it happened.

When asked by a reporter on Thursday whether or not the U.S. was going to war with Iran, President Trump replied, “I hope not.”

Earlier this month, the United States deployed an aircraft carrier strike group and a bomber task force to the Middle East in response to “clear indications” Iran or its proxies were planning an attack on U.S. forces in the region, U.S. officials told ABC News. The Pentagon announced on May 10 it was sending a Patriot anti-missile battery to the area as well as a further deterrent. On Wednesday, the State Department ordered all non-emergency personnel at the U.S. embassy in Baghdad and the U.S. consulate in Erbil, Iraq, to leave.

In an interview that aired earlier on Sunday, Gen. David Petraeus, the retired four-star general who led troops into battle during the 2003 U.S. invasion of Iraq, told ABC’s “This Week” Co-Anchor Martha Raddatz that he believes Trump doesn’t want to go to war with Iran.

“It’s pretty clear that [Trump] doesn’t want to go to war with Iran.,” Petraeus said. “He’s not after regime change.”

This is not the first time the president has issued a public warning to the Islamic Republic.

To Iranian President Rouhani: NEVER, EVER THREATEN THE UNITED STATES AGAIN OR YOU WILL SUFFER CONSEQUENCES THE LIKES OF WHICH FEW THROUGHOUT HISTORY HAVE EVER SUFFERED BEFORE. WE ARE NO LONGER A COUNTRY THAT WILL STAND FOR YOUR DEMENTED WORDS OF VIOLENCE & DEATH. BE CAUTIOUS!

On Tuesday, Pentagon officials are expected to brief Congress about the intelligence that generated the deployment of the aircraft carrier USS Abraham Lincoln and B-52’s to deter Iran.

FBI discusses possibility of explosive devices at expected protests linked to inauguration
DC police officers speak out after US Capitol siege: ‘I thought … I might die’
Joanne Rogers, widow of Mister Rogers, dies at 92
Companies target GOP with fundraising pullback. How much will it matter?
Taco Bell introduces new plant-based menu items, plus a special message about the return of potatoes
POLL: With partial blame for the Capitol attack, majority favors barring Trump from office