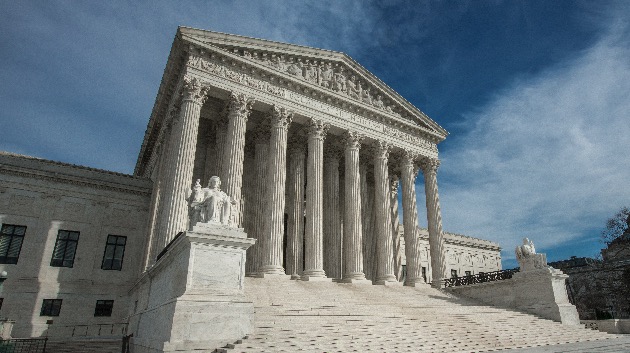 (WASHINGTON) — A unanimous Supreme Court has blocked, for now, a class-action lawsuit against pharmaceutical giant Merck over “atypical femoral fractures” caused by osteoporosis drug Fosamax.More than 500 Fosamax users from 45 states contend the company failed to warn them or their doctors of the danger, despite early evidence suggesting the increase potential for spontaneous bone breaks without any previous stress.Merck, which does not dispute the risk and has included a warning with prescriptions since 2010, argued it cannot be held liable for damages in state courts because the Food and Drug Administration in 2009 rejected a proposed warning to patients.”When the FDA exercises this authority, it makes careful judgments about what warnings should appear on a drug’s label for the safety of consumers,” Justice Stephen Breyer writes in the court’s opinion.”For that reason, we have previously held that ‘clear evidence’ that the FDA would not have approved a change to the drug’s label preempts a claim, grounded in state law, that a drug manufacturer failed to warn consumers of the change-related risks associated with using the drug,” he wrote.The case was returned to a lower court for further proceedings.The justices clarified that it should be left to a judge, not a jury, to decide the preemption question in class-action drug-harm suits, as occurred in this case. But they left the door open for patients to challenge drug companies on the facts surrounding information provided to the FDA — up front — ahead of a labeling decision.Patient advocates have said a decision siding with Merck in the case would embolden drug manufacturers to provide insufficient and misleading information to FDA, in effect insulating themselves from potential legal liability. “It’s the pharmaceutical company’s job to write the drug label,” said Medshadow’s Sue Robotti.Manufacturers are required by law to inform patients of potential adverse reactions to their drugs as soon as reasonable evidence exists. But the FDA has ultimate authority to approve or reject the wording that appears on drug labels.In a 2008 application to the FDA, Merck proposed revising the warning language for Fosamax, describing a heightened risk of “stress fractures.”One year later, the FDA rejected that draft language, saying the warning was “not warranted and is not adequately supported by the available literature” and asked for revised language.Merck said the FDA’s conclusion, based on available evidence at the time, means the company cannot be held liable for failing to warn consumers as required under state law because the federal government wouldn’t allow it.On Monday, the Supreme Court agreed.Copyright © 2019, ABC Radio. All rights reserved.