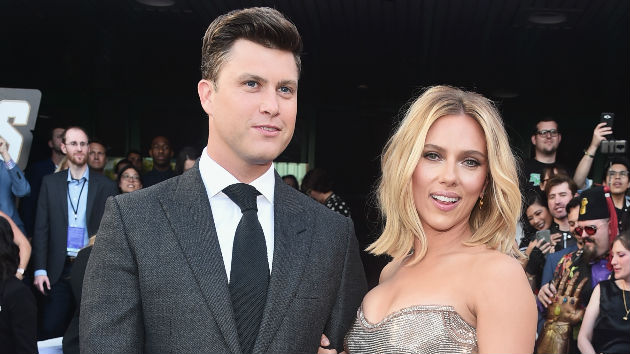 Photo by Alberto E. Rodriguez/Getty Images for Disney
Posted on May 20, 2019 by ABC News

Adds the rep, “No date has been set for the nuptials.”

This will the first trip down the aisle for the 36-year-old Jost, who co-anchors SNL’s “Weekend Update” with Michael Che.

Johansson, 34, has has been married twice before, first to actor Ryan Reynolds from 2008-2011, then to French journalist Romain Dauriac between 2014-2017. Johansson and Dauriac share a five-year-old daughter, Rose.