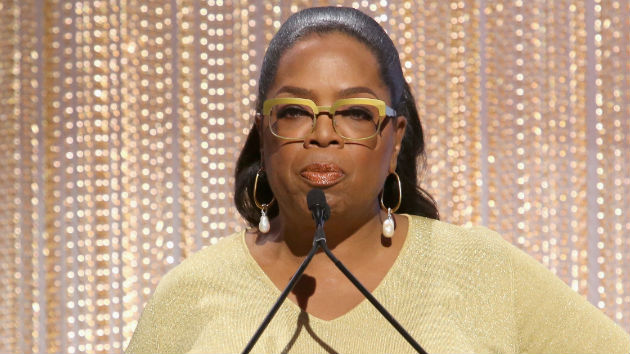 Photo by Jesse Grant/Getty Images for THR
Posted on May 20, 2019 by ABC News

(NEW JERSEY) — Oprah Winfrey had a major surprise for a high school in Newark, New Jersey after she found out that its Lights On program is instrumental at keeping kids off the street. According to ABC News affiliate WABC, Winfrey surprised West Side High School’s Principal Akbar Cook on Friday night by donating $500,000 to help keep his Lights On program up and running. The program is designed to offer students a safe place to hang out on Friday nights. Til 11 p.m., kids can shoot pool, play video games, hit the hardwood, practice cheers or even lay down tracks in a recording studio. “I haven’t lost any more kids to gun violence since the start of the school year,” Principal Cook said in April. He says those life saving results can’t be ignored. Cook garnered headlines last summer when he installed a laundry room after some students were bullied because of dirty clothes which led to them consistently missing school. He says there has been a 10 percent increase in daily attendance since he opened the laundry room. Winfrey’s gift will help the program operate three nights a week over the summer.