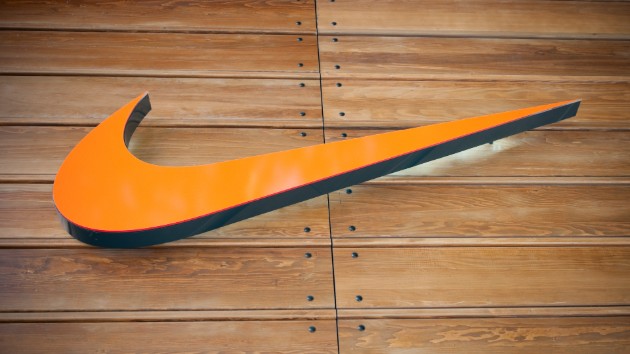 (NEW YORK) — After a group of female track stars alleged they were penalized by Nike for being pregnant, the company said it would do more to protect female athletes’ pay during and after pregnancy. “Last year we standardized our approach across all sports to support our female athletes during pregnancy, but we recognize we can go even further,” the company said in a statement. “Moving forward, our contracts for female athletes will include written terms that reinforce our policy.”The change from one of the world’s largest and most iconic sports companies came just a week after track star Alysia Montaño spoke out in an op-ed video published in The New York Times, saying that Nike “told me to dream crazy, until I wanted a baby.” In the accompanying article, The Times reported Montaño “had to fight with her sponsor to keep her paycheck.”Montaño was heralded as a supermom of sorts when she ran the 800-meter race at the 2014 U.S. Track and Field Championships while eight months pregnant. Just a few weeks later, the track star gave birth to a healthy baby girl. Years later, in 2017, Montaño ran in another U.S. Championship race while five months pregnant with her second child.Other female track stars told The Times that sponsor Nike did not guarantee them a salary during their pregnancies and immediately after having a child. “Getting pregnant is the kiss of death for a female athlete,” Phoebe Wright, a runner sponsored by Nike from 2010 through 2016, said. “There’s no way I’d tell Nike if I were pregnant.” Olympian Kara Goucher told the outlet she had to make a choice between training for a half-marathon so she could get paid by Nike to race again or stay with her newborn son in the hospital. “I felt like I had to leave him in the hospital, just to get out there and run, instead of being with him like a normal mom would,” Goucher said. “I’ll never forgive myself for that.”The women’s claims are similar to what non-athlete women often face in the workplace when it comes to maternity leave in the U.S. The United States is the only country among 41 industrialized nations that does not mandate paid maternity leave, according to 2016 data from the Organization for Economic Cooperation and Development (OECD).The U.S. Bureau of Labor Statistics (BLS) found that, in December 2017, just 15 percent of all private workers had access to paid family leave. Nike expanded its leave policy in 2016, making mothers eligible for a minimum of 14 paid weeks of leave and all new parents eligible to receive eight weeks of paid leave. The company said Friday it recognizes “we can do more” and hopes the moment is an opportunity for the “sports industry to evolve.” “Our mission has always been to support athletes as they strive to be their best. We want to make it clear today that we support women as they decide how to be both great mothers and great athletes,” Nike’s statement said. “We recognize we can do more and that there is an important opportunity for the sports industry to evolve to support female athletes.” Copyright © 2019, ABC Radio. All rights reserved.