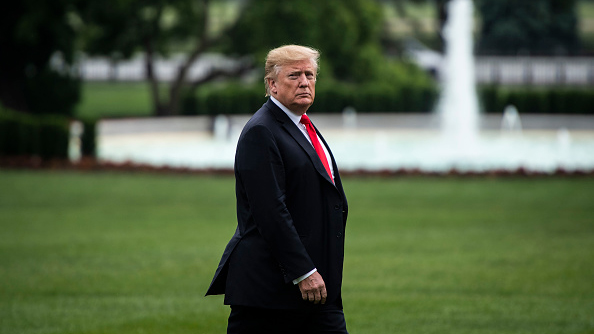 Jabin Botsford/The Washington Post via Getty Images
Posted on May 20, 2019 by ABC News

(WASHINGTON) — A federal judge on Monday ruled in favor of House Democrats in their efforts to obtain President Donald Trump’s financial records, marking the first legal victory for Democrats as the Trump administration stonewalls their attempts at congressional oversight.“It is not for the court to question whether the Committee’s actions are truly motivated by political considerations.” Judge Amit Mehta wrote in a ruling Monday. “Accordingly, the court will enter judgment in favor of the Oversight Committee.”President Trump and the Trump Organization filed suit against the Democratic chairman of the House Oversight Committee, Rep. Elijah Cummings, last month, seeking relief from his subpoena request for the president’s financial records.The court also denied their request for a stay pending appeal.The president and his legal decried Democrats’ efforts to obtain Trump’s financial information as an “all-out political war,” in which “subpoenas are their weapon of choice.”But in his order on Monday, Judge Mehta, an Obama appointee, sided with Democrats, whom he wrote have “facially valid legislative purposes” to obtain information requested in their subpoena of Mazars USA, the president’s former accounting firm.Cummings served a subpoena to Mazars USA in April seeking ten years of the president’s financial records in an effort to corroborate elements of Trump’s former personal attorney Michael Cohen’s testimony before the committee. Cohen claimed that Trump had defrauded insurance companies by misrepresenting the value of his assets.House Intelligence Committee Chairman Rep. Adam Schiff, a California Democrat whose committee is also seeking information from the Trump administration, reacted to news of the decision, calling it “very important.”“It shows that the courts understand the importance of oversight even if the president does not,” Schiff said.A spokesperson for Mazars USA, which was named as a defendant in the case, said last month that the firm “will respect this process and will comply with all legal obligations.” Mazars USA did not immediately respond to ABC News’ request for comment on Monday.The House Oversight Committee was not immediately available for comment. The Trump Organization and lawyers for President Trump – both plaintiffs in the case – did not immediately respond to request for comment.