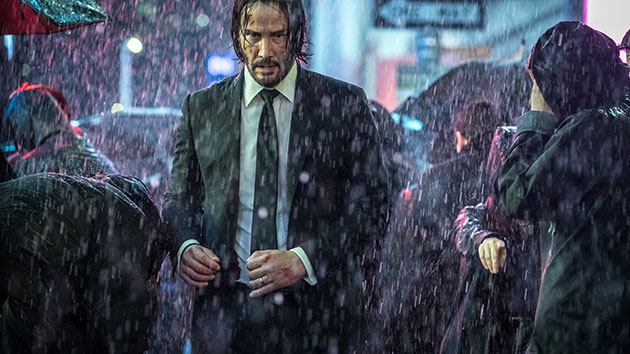 Niko Tavernise/Lionsgate
Posted on May 20, 2019 by ABC News

The third chapter in the John Wick film franchise, starring Keanu Reeves as the master assassin, also topped both of its predecessors’ opening weekends: the first and second films in the franchise debuted, respectively, with $14.4 million and $30.4 million. It’s also Reeves’ second-biggest opening ever, behind 2003’s The Matrix Reloaded, which collected $91.8 million.

A Dog’s Journey, the sequel to 2017’s A Dog’s Purpose, once again starring Dennis Quaid and featuring the voice of Josh Gad, opened with an estimated $8 million haul. The Hustle, in its second week of release, rounded out the top five with an estimated $6.1 million.

Biden to replace White House doctor with long-time physician
‘The Marksman’ tops weakened box office for a second week
Coronavirus live updates: Fauci describes what it was like working with Trump
Girl, 15, stabbed to death in grocery store during fight with four younger girls
Nashville attorney’s license suspended after posting advice on getting away with murder
Scoreboard roundup — 1/24/21