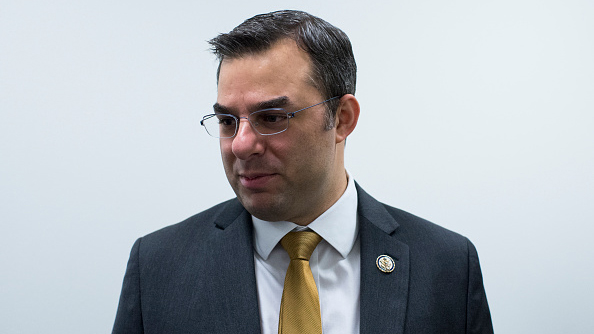 Bill Clark/CQ Roll Call via Getty Images
Posted on May 20, 2019 by ABC News

(WASHINGTON) — After Rep. Justin Amash tweeted Saturday that he believes President Donald Trump “engaged in impeachable conduct” by obstructing the investigation into the 2016 presidential election, the Michigan Republican returns to the Capitol on Monday where he can expect to face more attacks from the president’s fiercest loyalists.At the same time, he’s winning praise from Democrats, who see Amash as the first break in GOP opposition to possible impeachment, allowing them to claim the effort is bipartisan.Amash, who is already facing a primary challenger in the wake of his tweets, said he reached these conclusions “only after having read Mueller’s redacted report carefully and completely,” contending further that Attorney General William Barr “intended to mislead the public about Special Counsel Robert Mueller’s analysis and findings.”

Amash was back on Twitter Monday afternoon, defending himself with 10 more tweets against people who contend there are no underlying crimes so the president could not have intended to illegally obstruct the investigation, and therefore cannot be impeached.On Sunday, House Minority Leader Kevin McCarthy called Amash a “lightweight,” contending he votes “more with Nancy Pelosi than he ever votes with me.””What he wants is attention in this process. He’s not a criminal attorney. He’s never met Mueller. He’s never met Barr. And now he’s coming forward with this?” McCarthy, R-Calif., said. “This is exactly what you would expect from Justin. He never supported the president. And I think he’s just looking for attention,” he said on the Fox program “Sunday Morning Futures.”House Minority Whip Steve Scalise, the No. 2 Republican in the lower chamber, defended Trump and Barr over Amash’s critique of the Russia investigation, telling Fox News’ Ed Henry that “some people want to keep dragging this on.”“I think anybody who knows Justin’s background knows that he sometimes goes a different route that the rest of the republicans in our conference and this is clearly one of those cases,” Scalise, R-La., said Sunday. “You don’t see anybody else agreeing with him and in fact I strongly disagree with that take.”Trump has also received support or sorts from a former political 2016 GOP rival, Sen. Mitt Romney, who said Amash “reached a different conclusion than I have.”“I respect him. I think it’s a courageous statement,” told CNN’s Jake Tapper. “But I believe that to make a case for obstruction of justice, you just don’t have the elements that are evidenced in this document.”Romney added that he believe that “an impeachment call is not only something that relates to the law, but also considers practicality and politics.”“The American people just aren’t there,” he said. “And I think those that are considering impeachment have to look also at the jury, which would be the Senate. The Senate is certainly not there either.”Amash, a five-term lawmaker, has never been the most popular conservative on Capitol Hill, often projecting his libertarian principles into votes against bills with near-unanimous bipartisan support.Democrats, however, have praised Amash for his newly publicized position on impeachment.Amash’s bravery has also quickly earned him a primary challenger, Michigan state Rep. Jim Lower.Democratic House Speaker Nancy Pelosi has stopped short of calling for impeachment, saying she won’t pursue impeachment until public sentiment changes and there is bipartisan support for it. But she has left the door open to the prospect, though concedes the process would likely end with the president’s acquittal in the GOP-led Senate.Amash, 39, opposed Trump’s nomination during the 2016 primaries and aligns with Trump on about just 62 percent of the issues and votes, the lowest among any current Republicans after Rep. Walter Jones died earlier this year, according to FiveThirtyEight.Voting out of sync with congressional leadership has not always won favor from party leaders, though Amash is just about as conservative as they come in Congress. He is a founding member of the House Freedom Caucus, and sits on its board. FreedomWorks has awarded 100 on its legislative scorecard. Conservative Review gave him an A on its Liberty Score. Amash has tallied an 86 percent lifetime score at Heritage Action for America.The libertarian opposed Trump’s primary campaign and in the past couple years close observers believe he has grown frustrated with the caucus’s leadership, including Trump loyalist Mark Meadows, the chairman of the caucus, and Jim Jordan, another founding HFC member and chairman emeritus.In 2017, Amash cried after he missed the first vote of his career, stretching across 4,289 roll-call votes. He is known for personally explaining each vote to constituents on his Facebook page.Amash has been encouraged to challenge Trump’s reelection campaign by seeking the Libertarian nomination. While Amash has refused to rule out the possibility, he hasn’t pursued it publicly.