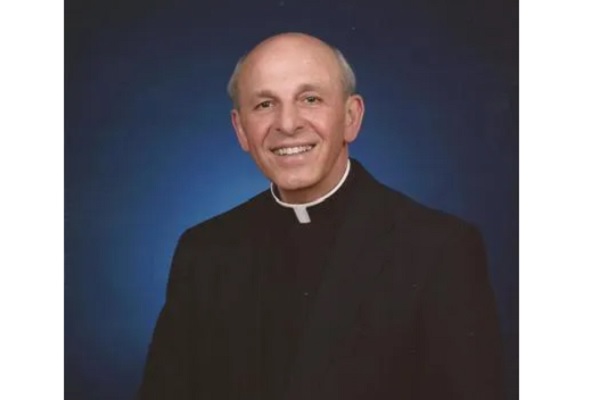 Jefferson County, PA – A local priest who also is the president of the DuBois Central Catholic school board has been accused of sexually abusing a juvenile in the 1980s.

According to the Diocese of Erie, Msgr. Charles Kaza, in charge of the St. Tobias Parish in Brockway and president of DCC school board, has been placed on administrative leave.

The allegation of sexual abuse of a minor was forwarded to the Diocese and the independent investigators of the K&L Gates law firm by the Office of the Pennsylvania Attorney General.

The abuse is alleged to have taken place while Msgr. Kaza was serving in Erie at the St. John the Baptist Parish in the 1980s.

Parents of students at DCC have been informed. No accusations have been made by students in the area. The abuse is alleged to have happened in the ’80s in Erie.

The bishop of Erie, Rev. Lawrence Persico, has place Msgr. Kaza on administrative leave and has restricted him from active ministry, effective May 13 while an investigation is underway.

During the investigation, he will not be in residence at St. Tobias Parish. Instead, he will be living at a private home with family members.

Msgr. Kaza is reportedly cooperating with the investigation. Anyone accused of a crime is presumed innocent until proven guilty.

It is the Erie Diocese’s Policy for the Protection of Children to cooperate fully with Pennsylvania’s Attorney General and Erie County’s District Attorney.

Father Leo Gallina has been named as temporary administrator of the St. Tobias Parish in Brockway, starting May 20. He will be in residence at the parish beginning May 28.

If anyone has any information related to this case, please contact the Pennsylvania Attorney General at 1-888-538-8541 and K&L Gates at [email protected]