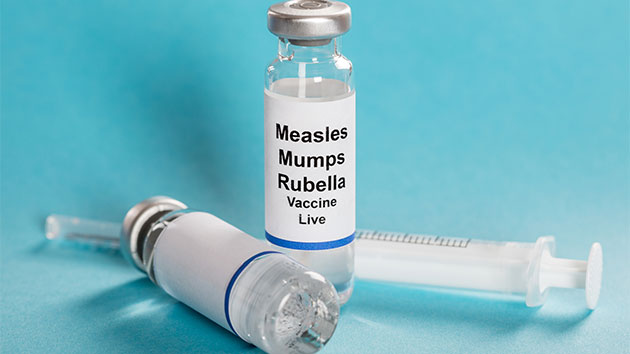 (CHICAGO) — Health officials in Chicago have confirmed the city’s first case of measles, the latest in the worst outbreak in the U.S. in the last 25 years.

The Chicago Department of Public Health said officials identified an individual with the virus on Friday.

In a statement, the city said additional “exposures may have occurred” Thursday at O’Hare International Airport, the University of Illinois Chicago (UIC) campus and the Chicago Loop. Residents may have also been exposed in Millennium Park, retail establishments on State Street between Monroe and Randolph Streets, and on South Canal Street, according to the city.

“Measles is a serious yet preventable disease through a safe, effective and universally available vaccine,” said CDPH Commissioner Julie Morita, M.D. “Chicagoans should make sure their children and family members are up to date on vaccines now. Vaccination is the best way to protect against measles.”

The city said its health officials are monitoring high-risk locations to contain exposure.

In 23 states across the country, there have 839 cases of measles documented as of May 10, according to the Centers for Disease Control and Prevention.

The spike in measles cases this year marks the highest number of infections since 1994.

New York has the highest number of reported measles cases in the U.S., according to health officials. Since September, New York City has had nearly 500 confirmed cases, according to the city’s health department.