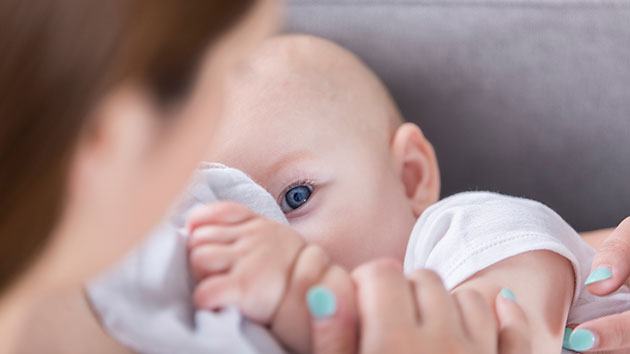 (PORTLAND, Maine) — A teacher in Maine has filed a lawsuit against her former school district, saying she was terminated over taking breaks to pump breast milk and breastfeed her newborn child.Shana Swenson, of Portland, was let go by Falmouth Elementary School at the end of the 2017-2018 school year and she says it was part of a year-long campaign to remove her after she returned from maternity leave and took three breaks per day to pump breast milk.Falmouth Public Schools denied the claim, with an attorney for the school telling the Bangor Daily News Swenson’s allegations are “false.””Falmouth works hard to support employees who are parents by, among other things, providing mothers with paid time to breast feed and express breast milk during the school day, extended parental leave when needed, and an on-site day care for employees so that they are able to be near their children and participate in their care during the working day,” lawyer Melissa Hewey told the Bangor Daily News.Swenson began working for the school district in 2015 as a Response to Intervention teacher for grades 3 to 5, assisting kids who were struggling in classes.She taught through the 2016-2017 school year until leaving to give birth to her son in February 2017, according to the lawsuit, which was filed in U.S. District Court last week. She was on maternity leave through August, but returned to school for the 2017-2018 academic year.She spoke to the school’s principal, Gloria Noyes, and said she planned to pump or nurse during “scheduled and approved breaks.” Swenson said during the day she took three breaks, approximately every two to three hours, and they lasted about 20 minutes each.”Shortly after distributing the aforesaid group schedule to her team, Plaintiff was approached by Ms. Noyes and asked if she could reduce the amount of times she needed to express breast milk throughout the work day from three times per day to two times per day and for her to take said breaks during her lunch and planning time (rather than at the times her body required it),” according to the lawsuit.It was at this point she alleges Noyes began to slowly force her out.The lawsuit also states that Swenson became the target of “extreme animosity and hostility” by coworkers over her decision to take breaks to pump. She offered to try to be “flexible” with the breaks, but said she was legally allowed to take the breaks in accordance with the Pregnancy Discrimination Act, the Fair Labor Standards Act, the Maine Human Rights Act and the Family and Medical Leave Act, according to the lawsuit.The criticism from colleagues caused her to “break down emotionally” and undergo “stress-related physical symptoms,” the lawsuit states.Swenson brought her concerns to Noyes once and the criticism did not stop, she said, before again sitting down with Noyes in October 2017. Noyes promised to conduct an investigation, but she never spoke to Swenson about the allegations and her coworkers said Swenson’s “performance and communication were allegedly lacking,” according to the suit.The teacher had received only positive performance reviews up until this point in her career, but she was then put on an “Action Plan” to improve her behavior.”Following the November 3, 2017 performance review meeting, Ms. Noyes’ and other management began to create a paper trail on Plaintiff as a way to expedite her imminent termination,” the lawsuit reads.By the following April, she was told that her contract was not being recommended for renewal and on May 11 officially received a letter from her union representative saying she would not be brought back in the fall.Noyes did, however, provide a positive letter of recommendation for Swenson after being terminated, the lawsuit says.Swenson is requesting payment for lost wages and court fees in a jury trial. The school district said it plans to fight the case in court. Copyright © 2019, ABC Radio. All rights reserved.