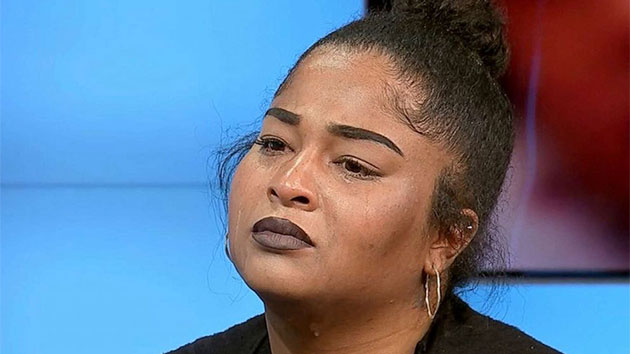 (HOUSTON) — The mother of a four-year-old Houston girl who has been missing for two weeks says she hopes her child is still alive, even as suspicion mounts that her ex-fiance might have had a role in the girl’s murder.

“As a mother, I want to hope that she is (still alive),” Brittany Autumn Bowens, 26, told ABC station KTRK-TV in Houston. Her daughter, Maleah Davis, has been missing since May 3. “I’m devastated. This is my daughter, that I carried.”

Last Saturday, Texas prosecutors charged Derion Vence, 26, Bowens’ former fiance who was living with the family when Maleah disappeared, with tampering with evidence. In setting bail at $1 million, the Texas judge noted that Davis had recently suffered a brain injury and undergone surgery while in Vence and Bowens’ care.

Later, police found a laundry basket in Bowens’ car and cadaver-sniffing dogs detected the scent of human remains in the car.

During Vence’s court appearance, prosecutors detailed what Vence had told police about the little girl’s disappearance.

Vence said that he left the apartment on May 3 with Maleah and his son in Bowens’ Nissan Altima.

When he stopped to check the car’s tires, Vence told police, he was carjacked, assaulted and kidnapped by a group of people he described as Hispanic men. Vence said that when he regained consciousness, his son was with him but Bowens’ daughter was not. He said a good Samaritan then drove him to the hospital, according to prosecutors.

Bowen told KTRK that she had been away from home to bury her deceased father, and had returned to find out that her daughter had disappeared.

“How did I get to this place?” Bowens said through sobs.

When asked why she had left Davis with Vence, she said, “Because I trusted him.”

“I am a good mother. I’m hurting just like everybody else and I want answers too,” Bowens said.