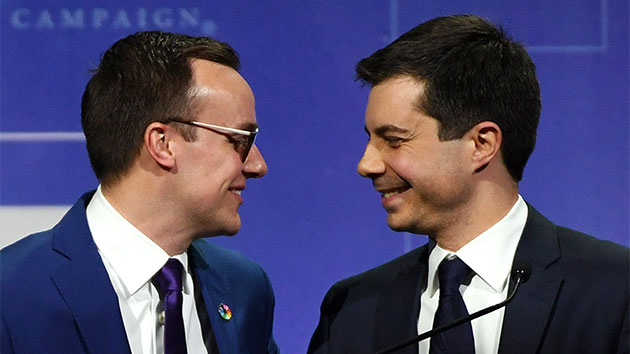 Ethan Miller/Getty Images
Posted on May 18, 2019 by ABC News

(IOWA CITY, IA) — During a town hall in Iowa City, Mayor Pete Buttigieg went beyond his normal campaign talking points to give an 11-year-old advice on how to deal with bullying. In a swipe at President Trump, Mayor Pete said it also matters that “we have a president that doesn’t show that type of behavior.”

Buttigieg drew 11-year-old Rebecca Johanns’ question from a fishbowl. Johanns later told ABC News that she has been bullied and wanted to hear from the mayor about how to handle it.

Buttigieg opened up about his own experiences with bullying in front of 600 voters inside a packed Wildwood Smokehouse & Saloon.

“I had experiences with bullying when I was growing up,” Buttigieg said. “The hard part is you really want to pop the balloon and take out all the air of that bully.”

Buttigieg, the mayor of South Bend, Indiana, who would be the country’s first openly gay president if he won, said some bullies are a product of bullying themselves.

“The person who’s bullying you probably has something a little broken in them,” he added. They want to get a response out of you.”

“When you show that it doesn’t get to you… they’re going to follow your lead,” he said.

The president is known to bestow unflattering nicknames and hurl insults at his adversaries, whether at campaign rallies or from his Twitter account.

Johanns said she handles bullies by walking away and notices that there are people who just stand around and watch as its happening.

She told ABC News she will try to follow the mayor’s advice from now on.

“I like how he was so sincere and sympathetic,” Johanns said. “It was so meaningful.“