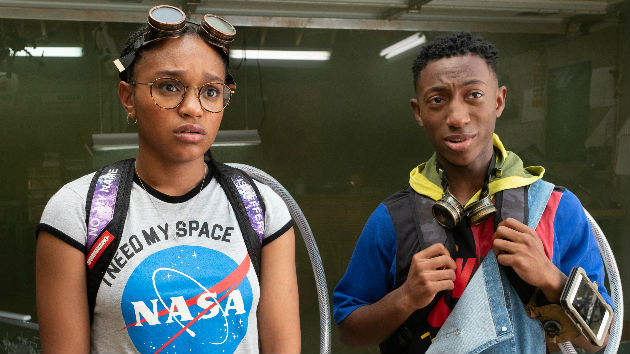 (NEW YORK) — Stefon Bristol is over the moon about See You Yesterday, his directorial debut for Netflix.

Bristol’s film follows two high school prodigies who develop a time machine and later use it to save a family member’s life when he’s wrongly shot by police. Although Bristol’s film has been described as “sci-fi meets Black Lives Matter,” the director says the inspiration behind his time-travel feature is much broader.

“The movie is derived from inspiration from Back to the Future, 12 Monkeys, Primer, Run, Lola Run,” Bristol tells ABC Radio, citing earlier films. “You name it. And not just nostalgia in that sense, but also with the Caribbean culture as well. There’s a lot of old-school music in this film.”

Considering Bristol’s family is from the Caribbean and his passion has always been to explore sci-fi, the young director admits See You Yesterday was the perfect fit for him. However, even though Bristol loves the end result, he’s hesitant to offer his thoughts on what viewers should take away from the film.

“I’m not going to tell what is the message because I want people to interpret it their own,” Bristol explains. “And then once this whole interpretation is happening out, I could come in and tell people what I wanted. I just want to see how it plays out first.”