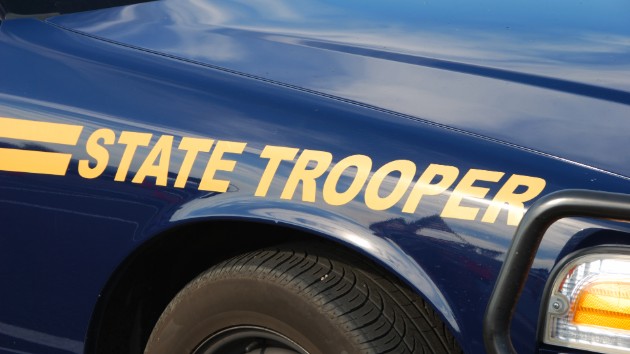 (NEW YORK) — The state trooper whose 4-year-old son accidentally shot and killed himself has been placed on administrative leave.Trooper Fu Sun was identified by the Ohio State Highway Patrol as the father involved in the shooting death, which took place at the family’s home on Sunday, May 12, officials said. Sgt. Tiffiany Meeks told ABC News on Tuesday that an internal investigation would be conducted in connection to the Division-issued weapon that was involved in the incident.On Thursday, Meeks said that Sun had been put on administrative leave.Ohio State Highway Patrol policy guidelines, a portion of which was shared with ABC News, details how department-issued weapons are expected to be stored.”Officers are responsible for the safe storage of Division-issued or approved firearms at all times (on or off-duty). Trigger locks, cable locks, safes, lock boxes, or other means approved by the Division armorer must be used to store Division-issued weapons to prevent access from unauthorized persons,” the policy guidelines state.Kyleanne Hunter, the vice president of The Brady Campaign to Prevent Gun Violence, said that while accidental gun deaths are tragic, “unfortunately this isn’t rare at all.”Hunter said that eight times every day a child unintentionally shoots themselves or another child, citing a multi-year average of data compiled by the Centers for Disease Control and Prevention.”The most important thing that parents can do is if they choose to bring a gun into the home is to store it safely. And what we know from research is the most safe way is unloaded, locked, and with the ammunition stored separately,” Hunter said.No further details about the way in which Sun stored his weapon have been released by the Ohio State Highway Patrol, and the Toledo Police Department did not immediately respond to ABC News’ requests for comment.”The Patrol family is deeply saddened by the devastating loss of Trooper Sun’s child,” said Ohio State Highway Patrol superintendent Richard S. Fambro, in a statement released Tuesday.”There are no words to describe such a loss. Our thoughts and prayers have been, and will continue to be, with Trooper Sun, his family, friends and co-workers,” Fambro said. Copyright © 2019, ABC Radio. All rights reserved.

Denzel Washington reacts to son John David’s praise: “I’m speechless”
Trump plans to leave in dramatic fashion yet continues to stay out of sight
Oklahoma State University basketball coach surprises walk-on with scholarship
Liv Tyler describes her “terrifying” battle with COVID-19
“I’d be up for that!” Liam Neeson wants to re-join the ‘Star Wars’ universe with Disney+’s ‘Obi-Wan Kenobi’ show
‘WandaVision’ star Paul Bettany on his father’s struggle to come out of the closet