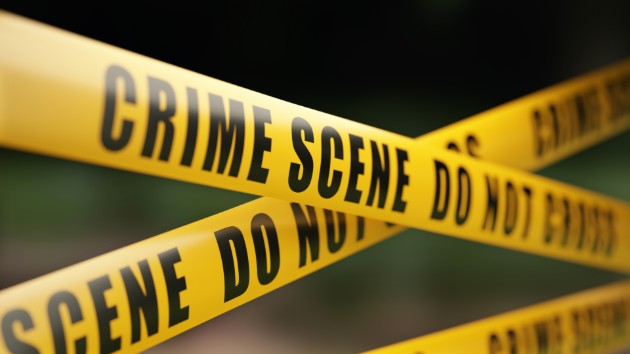 MicroStockHub/iStock
Posted on May 17, 2019 by ABC News

(CHICAGO) — Three people have been charged in connection with the slaying of a pregnant Chicago teenager who had her baby cut from her womb, police said.Marlen Ochoa-Lopez, 19, who was nine months pregnant and the mom of a 3-year-old child, was reported missing three weeks ago, according to Chicago Police Department officials.“We believe that she was murdered and we believe that the baby [was] forcibly removed following that murder,” police spokesman Anthony Guglielmi said in a statement.The baby boy was recovered after paramedics responded to a home where a woman said she had just given birth on the same day that Ochoa-Lopez went missing. DNA tests later determined the baby to be Ochoa-Lopez’s child. The baby is being treated at Christ Hospital in Oak Lawn, Illinois, in grave condition, police said Thursday. Ochoa-Lopez’s family named the baby Yadiel.Ochoa-Lopez, who was initially identified by her mother’s maiden name, Uriostegui, was lured to a home in the Scottsdale neighborhood of Chicago on April 23 by someone offering free infant clothes on Facebook, police and relatives of the victim said.The next day, she was reported missing by her husband, Chicago authorities told reporters at a press conference Thursday afternoon.The case took a turn on May 7 after one of Ochoa-Lopez’s friends told detectives that they saw her active on a chat site on Facebook, and investigators found out that she had been in contact with one of the suspects, Clarisa Figueroa.When police arrived at Clarisa Figueroa’s home, they were met by her daughter, Desiree Figueroa, who told them her mother was at the hospital because there was something wrong with her legs and that her mom had just given birth, authorities said.At that point, authorities had an understanding of what was happening, and they found Ochoa-Lopez’s car not far from Clarisa Figueroa’s home, police said.Later that day, Clarisa Figueroa told detectives that Ochoa-Lopez never went to her home, but admitted that she knew who she was and had met her in the past, authorities said.After investigators recovered DNA from the baby and the baby’s actual father, members of the Illinois state Police crime lab determined that Clarisa Figueroa was not the mother, police said.On Tuesday, investigators executed a search warrant on Clarisa Figueroa’s home, where they found bleach and cleaning supplies. Ochoa-Lopez’s remains were found in a garbage can on the property, according to authorities. Evidence of burned clothes and blood in the hallway and bathroom floor were also found, police said.Four hours after Ochoa-Lopez arrived at the home, Clarisa Figueroa called 911, telling emergency dispatchers that she had just had a baby, police said.Ochoa-Lopez had been considered missing until her body was discovered this week at the same home where she intended to pick up the clothes, according to her relatives and police.Her cause of death was ruled as strangulation, police said. A cable was also found in the garbage can where Ochoa-Lopez’s body was.The Cook County medical examiner identified her body on Wednesday and said an autopsy showed Ochoa-Lopez died from ligature strangulation.Her death was ruled a homicide. Around 1:30 a.m. Thursday morning, Desiree Figueroa allegedly confessed to assisting her mother in strangling Ochoa-Lopez, police said.Chicago Police Superintendent Eddie Johnson said investigators can only assume that the suspects wanted to raise the child as their own.Clarisa Figueroa, 46, and Desiree Figueroa, 24, were both charged with first-degree murder and aggravated battery of a child, according to police. Clarisa Figueroa’s boyfriend, Piotr Bobak, 40, was charged with concealing the death of a person and concealing homicidal death. They were arrested and questioned on Thursday. It is unclear if they have obtained attorneys.“We believe all of them played some role in this unspeakable act of violence,” Guglielmi said.Investigators are combing through their Facebook accounts to see if they had attempted to lure anyone else, police said.”Why did these people, why did these bad people do this? She did nothing to them. She was a good person,” Ochoa-Lopez’s husband, Yovani Lopez, told ABC station WLS-TV in Chicago.Police said that on the day Ochoa-Lopez went missing, paramedics responded to a call from a 46-year-old woman claiming she had just given birth. It was to the same house Ochoa-Lopez was headed to for what she thought was free baby clothes, police said.The woman who called 911 told them the newborn was pale, blue and not breathing, authorities said.A DNA test later revealed the newborn was Ochoa-Lopez’s child, relatives told WLS-TV.”It just seems surreal,” said Cecilia Garcia, a spokeswoman for Ochoa-Lopez’s family. “Like you see this stuff on movies.” Copyright © 2019, ABC Radio. All rights reserved.