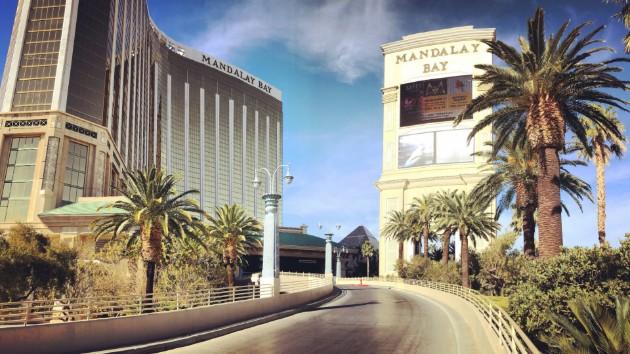 (LAS VEGAS) — MGM Resorts said on Thursday it may pay as much as $800 million in liabilities tied to the 2017 mass shooting in Las Vegas that killed 58 people and injured more than 800. The company, which owns Mandalay Bay, from which Stephen Paddock fired on a crowd of thousands, said in a regulatory filing that it “believes it is reasonably possible that a settlement will be reached” by next May and that it had $751 million in insurance to assist in paying settlements. The plaintiffs, citing physical and psychological harm from the deadliest mass shooting in U.S. history, have alleged that MGM is liable because Paddock stockpiled an arsenal of weapons over several days in his two-room suite at Mandalay Bay.Copyright © 2019, ABC Radio. All rights reserved.

Amazon tells President Biden it ‘stands ready to assist’ his ambitious vaccine goals
“Come with me if you want to live” — Arnold Schwarzenegger gets COVID-19 vaccine
Former ‘That ’70s Show’ star Danny Masterson pleads not guilty to rape charges
“This isn’t going to be quiet”: Daniel Kaluuya recalls when ‘Black Panther’ went from being a movie to a “moment”
Biden inauguration live updates: Biden arrives at Capitol, prepares to assume presidency
Coronavirus live updates: Biden to sign order requiring masks on federal property