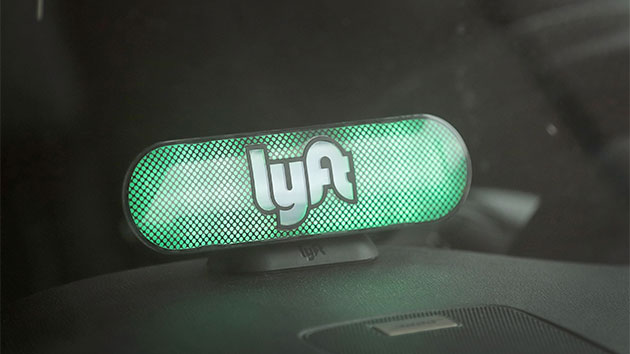 (WASHINGTON) — Lyft said that riders who tamper with surge pricing face being deactivated after a report revealed that ridehsare drivers at a Washington D.C. airport coordinated to boost fares.

The statement came after a report from ABC affiliate WJLA alleging that Lyft and Uber drivers at Reagan National Airport organized to turn off their apps until the prices for rides surged enough to deem the fares worthwhile.

“All the airplanes, we know when they land. So five minutes before, we turn all our apps off — all of us at the same time,” one driver, who did not want to identified, told WJLA on camera. “All of us, we turn our apps off. They surge $10, $12, sometimes $19. Then we turn our app on. Everyone will get the surge.”

The drivers who spoke to WJLA said they hack surge pricing because their pay has gotten so low they can’t cover expenses.

“Uber doesn’t pay us enough. What the company is doing is defrauding all these people by taking 35% to 40%,” one driver, who did not want to identified, told WJLA. On camera, the other drivers agreed.

“They are taking all this money because there’s no system of accountability,” another unidentified driver said.

Last week, Lyft and Uber drivers around the world went “on strike” by turning off their apps for part or all of the day on May 8 to protest low pay, lack of employee status and benefits, and other working conditions that varied from city to city. Two days later, the company debuted on the New York Stock Exchange.

The practice of manipulating surge pricing is not necessarily new, said Lior Zalmanson, a professor at the University of Haifa in Israel who researches the ridesharing economy. His team studied rideshare drivers from 2016 to 2017.

“Back then, we found some incidents where drivers attempted to coordinate online and create surges by avoiding certain areas, thus creating a shortage of drivers, which leads to an increase in prices,” Zalmanson told ABC News.

Interestingly, the surge hacking was not denied by Drive United, an ad hoc union for rideshare drivers.

“For years, our wages have been declining, resulting in many drivers being unable to afford health insurance or to feed their families. Just last week, drivers in Washington D.C. and around the world protested to demand a living wage from rideshare corporations,” Drive United told ABC News in a statement.

“With that demand still unanswered, it should surprise no one that drivers are finding ways to work together within Uber and Lyft’s terms to make enough money to cover their basic needs. We encourage the media to look deeper into Uber and Lyft’s unsustainable business model and the difficulties drivers face every day,” Drive United continued.

In a statement, Lyft told ABC News, “Lyft takes any allegations of fraudulent behavior very seriously as it violates our community guidelines and can lead to deactivation from the Lyft platform.”

Uber told ABC News that “this behavior is neither widespread or permissible on the Uber platform, and we have technical safeguards in place to help prevent it from happening.”

Zalmanson agreed, saying “only the Uber company can detect these patterns for (something close to) certain. Given their machine learning capabilities, I would have to assume they might know when a surge feels produced and when it isn’t.”

“When drivers feel isolated from both company and peers, when they feel the company calls them ‘partners’ but keeps increasing their Priority Communications commission. When they feel the system is an opaque black box whose choices they can’t understand, and they interpret it as if it tries to hurt their wages — it sometimes ends up in them regaining a sense of control by attempting to game the system for their benefit,” Zalmanson said. “It’s not always the case of course, and with Uber’s strict surveillance, there’s not a lot they can do… but they do try.”

Giuliani says he won’t represent Trump at president’s impeachment trial
Baby with rare disease survives COVID-19, liver transplant before his first birthday
Why Joe Biden’s inauguration will be like no other — and how to watch
‘The Marksman’ dethrones ‘Wonder Woman 1984’ at the box office with $3.2 million weekend
Far-right video blogger, man with Confederate flag among latest Capitol siege arrests
Giuliani says he’s working on Trump’s impeachment defense, would argue voter fraud claims