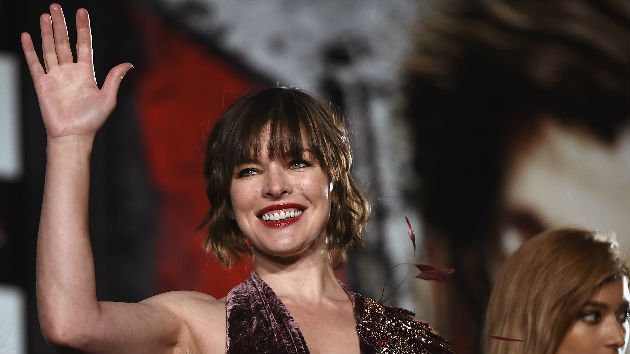 Photo by Matt Roberts/Getty Images
Posted on May 17, 2019 by ABC News

(NEW YORK) — Millions of fans, both famous and not, are gearing up for Sunday night’s series finale of Game of Thrones. One on the celebrity end of the spectrum is Milla Jovovich.

The Resident Evil series star is a huge fan of author George R.R. Martin’s still-unfinished book series A Song of Ice and Fire, on which the show’s based, and in fact, Milla and her husband, director and producer Paul W.S. Anderson, are adapting another of Martin’s works for the big screen.

The pair have been busy developing the author’s short story “In The Lost Lands” for the big screen. And while they’ve been working for a year and a half on the script, they’re sure to be putting the work aside to tune in for the GoT finale Sunday night.

“It’s just such a bummer, man!” she tells ABC Radio about the Emmy-winning show coming to an end. “I feel like they could just go on and on with that!”

Like millions of fans, Milla’s eager for Martin to finish the last two books in his series: The Winds of Winter and A Dream of Spring.

“I just think that is crazy,” she says of the fact that the most recent book in the series, A Dance with Dragons, came out in 2011. “He needs to just write those books and finish them — because I read the whole series of course,  and I’m just like waiting to know, like, what’s his ending? Anyway, it’s all really interesting. Can’t wait for Sunday!”

Game of Thrones airs for the last time Sunday evening at 9 p.m.

Impeachment needed to bar Trump from running for federal office: Rep. Joaquin Castro
Biden team preparing for ‘any scenario that should arise’ on Inauguration Day
Kamala Harris set to resign from US Senate so she can preside over it
Rep. Lou Correa latest member of Congress to test positive for COVID-19 following siege on Capitol
For Trump, 68% oppose a self-pardon; Biden receives positive marks for transition: POLL
Giuliani says he’s working on Trump’s impeachment defense, would argue voter fraud claims