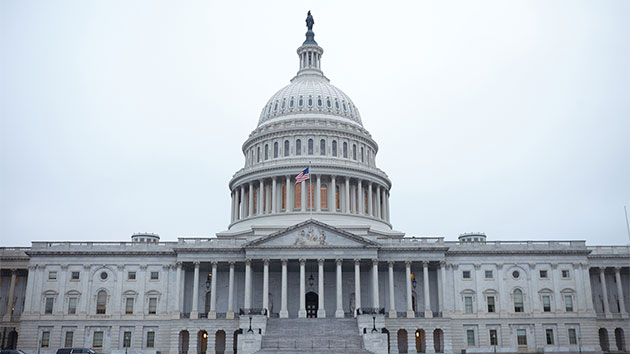 (WASHINGTON) — The House of Representatives on Friday passed the Equality Act -– sweeping legislation that protects LGBTQ people from discrimination in the workplace, housing, service, and public accommodations.

It’s the first time a chamber of Congress has approved a comprehensive LGBTQ civil rights bill that would provide clear, nationwide protections for LGBTQ people throughout daily life, according to the Human Rights Campaign.

BREAKING: The House of Representatives has passed the historic #EqualityAct.It’s the first time a chamber of Congress has approved a comprehensive LGBTQ civil rights bill that would finally provide clear, nationwide protections for LGBTQ people throughout daily life. pic.twitter.com/ObFmVv3woE

The bill was a top priority of House Speaker Nancy Pelosi, who said it will bring the nation “closer to equal liberty and justice for all.”

“It was exciting. It’s historic. It’s not only about what it means in the personal lives of people – and that would be a sufficient reason to do it, but what it means for America – the ever expanding freedoms in our country. And that’s the history of our country – to ever expand freedom,” Pelosi told ABC News Friday afternoon following the vote.

“We just had an historic victory,” she added. “Some of us have been working 30 years to get this done.”

The bill, which passed 236-173, amends the Civil Rights Act of 1964 and explicitly prohibits discrimination on the basis of sexual orientation and gender identity in education, employment, housing, credit, federal jury service, public accommodations, and the use of federal funds.

“Despite significant advances, LGBT people across the country remain vulnerable to discrimination on a daily basis and too often have little recourse,” said Rep.David Cicilline, D-R.I., the lead sponsor of the bill. “It is past time for the Equality Act to be written into law.”

The bill passed on a bipartisan basis, with eight Republicans voting alongside Democrats, but some Republican critics adamantly opposed the legislation, and said it would harm religious freedoms.

“It’s vague and circular definition of gender identity will lead only to uncertainty, litigation, and harm to individuals and organizations that will be forced to comply with a law the authors don’t even seem to understand,” Rep. Virginia Foxx, R-N.C., said on the House floor Friday. “This is a classic example of passing something now and figuring out what it actually means later … If the devil is in the details, we’re in for a lot of devilish surprises.”

A trio of Senate Democrats have introduced a similar bill in the upper chamber, however it’s unclear if the Republican-led Senate will consider it.