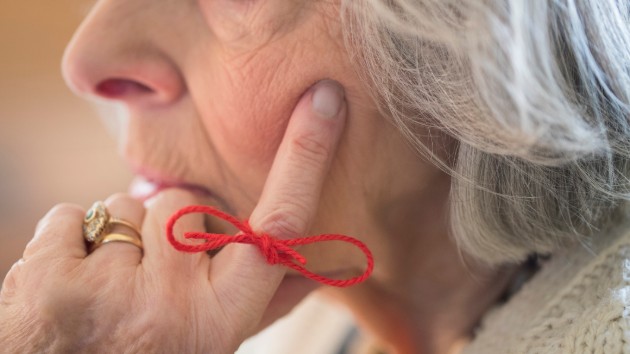 (NEW YORK) — The World Health Organization has released new guidelines to help people reduce their risk of dementia.The organization said in a news release Tuesday that dementia is not inevitable and pointed to regular exercise, quitting smoking, avoiding “harmful” use of alcohol and eating a healthy diet as ways for people to protect themselves from the illness, which the agency characterized as a “deterioration in cognitive function beyond what might be expected from normal ageing.”The agency’s director-general cautioned that in the next three decades, the number of people with dementia is expected to triple.“We need to do everything we can to reduce our risk of dementia,” said WHO Director-General Dr. Tedros Adhanom Ghebreyesus. “The scientific evidence gathered for these Guidelines confirm what we have suspected for some time, that what is good for our heart, is also good for our brain.”The World Health Organization also recommended against using vitamin supplements to reduce risk.In Tuesday’s news release, the agency said that these new guidelines were meant for health care providers “to advise patients on what they can do to help prevent cognitive decline and dementia.”Dementia affects memory, thinking, orientation, comprehension, calculation, learning capacity, language and judgement. The illness is caused by damage to or loss of nerve cells in the brain, and there are different versions of it, including Alzheimer’s disease.Dementia affects around 50 million people globally, the agency said, and there are nearly 10 million new cases every year.In October, retired Supreme Court Justice Sandra Day O’Connor, 88, the first woman ever to serve on the highest court in the land, announced in a public letter that she’d been diagnosed with dementia and was battling the early stages of what is probably Alzheimer’s disease.She’d retired from the Supreme Court in 2006 to take care of her husband, John, who also suffered from Alzheimer’s.Copyright © 2019, ABC Radio. All rights reserved.