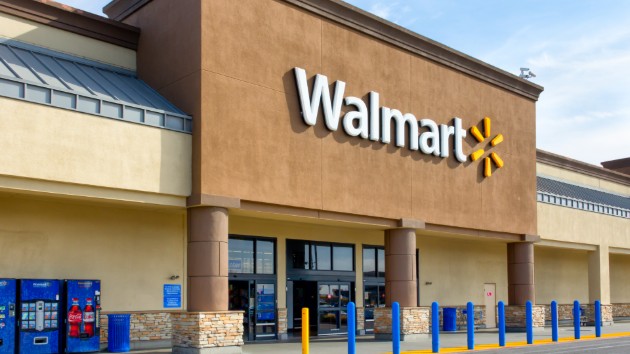 (NEW YORK) — Walmart topped Fortune’s list of the United States’ 500 largest corporations by revenue for the seventh year in a row, as online rival Amazon cracked the top five for the first time.The annual list ranked companies by their revenue in the 2018 fiscal year. “FORTUNE 500 companies represent two-thirds of the U.S. GDP with $13.7 trillion in revenues, $1.1 trillion in profits, $22.6 trillion in market value, and employ 28.7 million people worldwide,” the company said in a statement.The second-largest company was oil giant Exxon Mobil, with Apple moving up one spot to third.In a shift of corporate wealth westward, California-based FORTUNE 500 companies “generated the most aggregate revenue ($1.6 trillion), earned the most aggregate profits ($256 billion), and are valued the most in market cap ($5.5 trillion),” the statement said.In fact, five of the six most valuable companies were tech giants, with Microsoft, Apple and Amazon each reaching valuations of $1 trillion in the past year.Also, for the first time, there were 33 female-led companies on the list — the highest number of women CEOs ever. Last year there were 24 on the list.Here are the top 10 companies ranked by Fortune. For the complete list, click here.

Police, residents plead for ceasefire after South LA sees 59 shooting victims in 1st 2 weeks of 2021
Pastor says addressing resistance to Biden administration is part of the job
John Krasinski, Dan Levy, Regina King are the first ‘SNL’ hosts of 2021
US Air Force changes hair requirements for women
Lawmakers outraged at images of National Guard sent from Capitol to parking garages
‘Game of Thrones’ prequel, ‘Tales of Dunk and Egg’, in the works at HBO