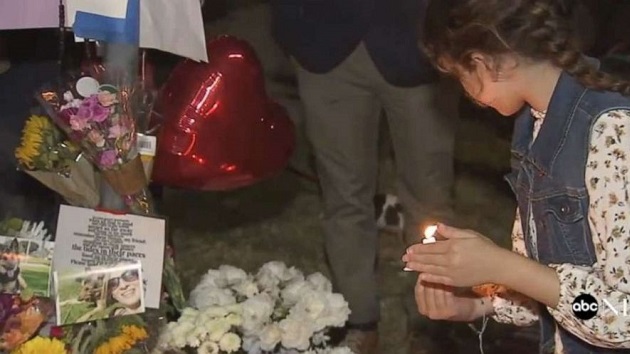 (LOS ANGELES) — Police charged a recent parolee and suspected gang member in connection with a Southern California crash that killed a local dog walker and five dogs in her care.Javier Olivarez, 43, was charged with vehicular manslaughter, fleeing a police officer and several other charges on Wednesday after he allegedly led officers on a chase in a stolen van last week and refused to stop, according to the Los Angeles District Attorney’s Office. The high-speed pursuit came to a tragic end when Olivarez allegedly slammed into a car driven by Jessica Bingaman, killing her along with five of the six dogs she was transporting.Bingaman, 41, who was returning from a nearby park, had just stopped at a stop sign when Olivarez barreled through the sign and came speeding toward her, the department said.The incident occurred on May 7, when officers attempted to stop Olivarez in Long Beach, California, riding in a 2016 Nissan van that had been reported stolen two days earlier, according to police. Olivarez, who officials said is a career criminal and known gang member, allegedly fled the scene, sparking an intense chase through a largely residential neighborhood, police said.The pursuit ended with Olivarez slamming into Bingaman’s Ford Escape — crushing it and careening into three parked cars, police said. Bingaman was pronounced dead at the scene. Police said four dogs also died at the scene and a fifth at a pet hospital.Olivarez was treated for minor injuries and taken into custody.He has now been charged with nine felony counts, including one count each of vehicular manslaughter with gross negligence, fleeing a pursuing peace officer’s motor vehicle causing death and driving or taking a vehicle without consent, as well as six counts of cruelty to an animal, according to the Los Angeles District Attorney’s Office.Olivarez could face as many as 38 years in prison if convicted as charged, the office said. Prosecutors requested that he be held on $380,000 bail.Denise Thomson, who said she lived next door to Bingaman, said she was a popular dog walker who was dedicated to her 10-year-old daughter and her canine clients.”I’ll miss her,” Thomson told Los Angeles ABC station KABC-TV. “She loved her daughter with all her heart, and she loved the dogs that she took care of.””She loved the outdoors, she loved exercise, she loved yoga. Just happy-go-lucky,” added Denise Lee, a friend of Bingaman.A crowdfunding page has been set up for funeral arrangements and to help Bingaman’s daughter go to college. Copyright © 2019, ABC Radio. All rights reserved.