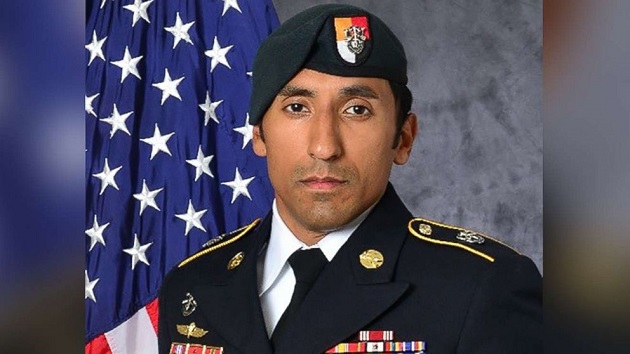 (NORFOLK, Va.) — A member of the Navy’s elite SEAL Team 6 will plead guilty on Thursday as part of a plea deal for his role in the death of Army Staff Sgt. Logan Melgar, a Green Beret, in Mali in June 2017.Navy Chief Petty Officer Adam Matthews was one of four elite special operations service members who faced murder and involuntary manslaughter charges in the strangulation death of Melgar. “On Thursday, SOC Adam Matthews will take full responsibility for his role in the tragic death of Staff Sgt. Logan Melgar,” Grover Baxley, Matthews’ attorney, told ABC News .As part of a plea deal, Matthews will plead guilty in a courtroom at Naval Station Norfolk in Virginia on Thursday to charges of hazing, assault consummated by battery, burglary and conspiracy to obstruct justice, his attorney said. In return for his cooperation in the case, prosecutors will drop the murder and involuntary manslaughter charges, Baxley said.”He looks forward to detailing what happened that night in Mali almost two years ago, and hopes that his explanation of events will assist the Melgar family in finding some semblance of closure,” Baxley said.Melgar and the SEAL team were in Mali as part of a counter-terrorism mission related to the U.S. embassy located there.”Staff Sgt. Melgar’s death was an unforeseen accident that has dramatically impacted the lives of everyone involved. SOC Matthews is eager to assist with the Navy’s resolution of this case and then attempting to move on with his life,” he added.In November, Matthews was one of two members of SEAL Team 6 and two special operations Marines charged in Melgar’s death. If convicted on the charges, they face the possibility of life in prison without parole.Melgar died the night of June 10, 2017. According to the charges, the four special operations service members obtained duct tape, broke down the door into Melgar’s sleeping quarters, bound him with the tape and then strangled him to death while he was in a chokehold.No motive was offered for why they broke into Melgar’s bedroom, though charge sheets allege that they went in “with intent to assault.”After entering his guilty plea on Thursday, Matthews’ hearing will move into a sentencing phase.As part of the plea deal, Matthews’ case will be heard by a special court-martial, which limits the maximum prison sentence for any conviction to one year in jail, a reduction in rank and a loss of wages.Baxley said that during the sentencing phase of the hearing he intended to make a “robust presentation focused on Matthews’ exceptional military career.””Our position is that Melgar is a hero and that this was a tragic and unforeseen accident,” said Baxley.The cases against the other three service members are still pending.Copyright © 2019, ABC Radio. All rights reserved.