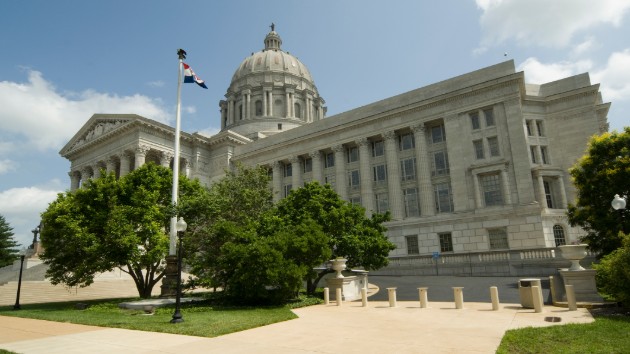 Randomphotog/iStock
Posted on May 16, 2019 by ABC News

(JEFFERSON CITY, Mo.) — The Republican-led Missouri Senate passed a sweeping anti-abortion bill Thursday after hours of contentious debate. The bill, HB 126, includes a so-called “heartbeat” ban on abortions as well as a ban on abortions done on the basis of the race or sex of a fetus or a diagnosis or screening indication of Down Syndrome.It also changes a parental notification requirement for minors seeking abortions in the state. Previously, only one parent needed to provide written consent. Under this bill, both parents of a minor would need to be notified. Additionally, the bill includes a “trigger” function, meaning if Roe v. Wade — the landmark 1973 case that codified abortion as a protected right nationally — gets overturned, abortion will become illegal in the state.The individual stipulations of the bill have been passed in other states, but the Missouri bill is notable for its comprehensiveness. The state Senate’s passage of this bill came hours after Alabama Gov. Kay Ivey, a Republican, signed a near-total abortion ban. Like the Alabama bill, the Missouri bill does not include exceptions for abortion in cases of rape or incest.While so-called “heartbeat” bans, which ban abortion after about six weeks of pregnancy, a point at which many women do not know they are pregnant, have been passed in several states, none have been enacted because of legal challenges. In 2016, the Supreme Court deferred to lower courts’ ruling that a so-called “heartbeat” ban was unconstitutional. The passage of HB 126 in Missouri came just hours before the Friday legislative deadline. It also came after hours of tension in the Missouri State Capitol. Before the bill even hit the state Senate floor, Senate Democrats set off a nearly four-hour filibuster Wednesday, The Missouri Times reported. “There will be real people, real children, who through no fault of their own will be made a victim and made to carry a baby to term and raise a child,” state Sen. Lauren Arthur said, according to The Missouri Times. The Missouri House initially passed the bill in February. It has to go through one more round of votes in the Republican-led House before it can go to the desk of Gov. Mike Parson, a Republican, according to local NBC affiliate KSHB-TV.Copyright © 2019, ABC Radio. All rights reserved.