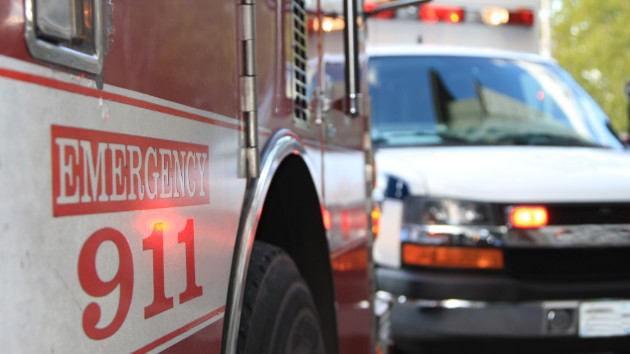 (PRESTONBURG, Ky.) — A toddler missing from a rural area in Kentucky since Sunday has been found alive, authorities said.Crews were out searching for Kenneth Howard, nearly 2 years old, and took a break to check in with each other on Wednesday when one firefighter said he thought he heard cries, Prestonsburg Fire Department Chief Michael Brown told ABC News’ Good Morning America.”We all got quiet and started calling the child’s name, and at different times, sporadically, he would give us a cry and we had to try to pinpoint his location,” Brown said. “We got three or four cries from him, and two of the guys made their way back up the hill and he was sitting up at top of a little flat there.”Brown said he was “surprisingly” in good condition, adding, “A couple of us felt he was in better condition than we were after we made it up the hill.”The chief spoke with a doctor caring for Kenneth Wednesday evening, who told him, “He was in good spirits, looked good, he was eating some animal crackers, drinking some apple juice.””Thanks to all who prayed, searched and helped in any way!!” a Facebook post from the sheriff’s office read. “This is the best news ever !!!”Kenneth was last seen outside his home in Salyersville, which is in a rural area with rough, mountainous terrain, on Sunday around 7:30 p.m., Capt. Carter Conley of the Magoffin County Rescue Squad told ABC News.The child was with his father in the yard at the time, Conley said. After Kenneth’s father turned his back to either go inside or around the side of the home, the toddler was gone, Conley said.The sheriff’s office announced Wednesday afternoon that Kenneth had been in “remarkably good condition” and is being treated for dehydration. It was not immediately clear from officials’ statements to date where or how the boy was found.Kenneth was located around 2 p.m. about 1,800 feet from the family’s home near a road used for logging or strip mining after a member of the search crew heard his cries, Kentucky State Trooper William Petry told ABC News. He did not appear to be injured.Authorities are continuing to investigate how Kenneth became lost, but there is no evidence currently to suggest any criminal activity, Petry said.