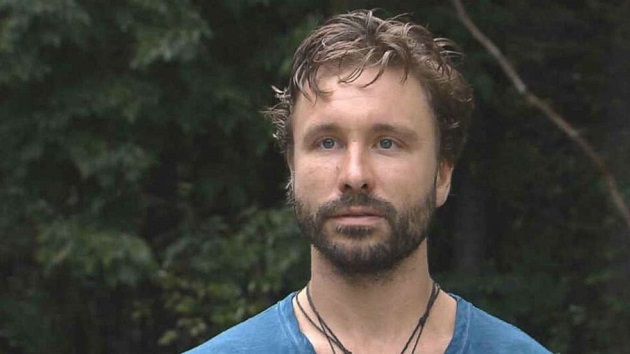 (NEW YORK) — It’s been a week since Amanda Eller mysteriously vanished while apparently going for a hike on Maui, but her boyfriend said Wednesday the search continues and he just wants her back home.Eller, a 35-year-old physical therapist and yoga teacher from the Hawaiian island, was last seen by her boyfriend, Benjamin Konkol, on the morning of May 15. Surveillance footage released Wednesday showed Eller, in workout gear, going to the Ha’iku Post Office and store that morning, mailing a Mother’s Day package and buying water and energy bars.”Wednesday evening was when it started for me,” Konkol told ABC News. “I came home and her car wasn’t home, which wasn’t that untypical, a little strange that I didn’t get a text message, but she likes to do her own thing and I respect that. It did, however, start to get later with no sign of her and I started having that weird feeling, ya know that gut feeling, that something wasn’t right.”He called her multiple times, but got no response.He continued, saying in that moment, “Hopefully if I go to bed, sometime she’ll just crawl in tonight having lost her phone or got caught up with some friends.”But Thursday morning she still wasn’t home. Konkol said he called the local hospital to see if she’d been in an accident and reported her missing to police.He said he ran through a couple places where she might have gone, including the Makawao forest, a regular hiking location for both of them, where police sent out patrol cars and found her white SUV.”I didn’t even bring water or anything, I was just in my car in a second, convinced that I could just go and find her,” he said.Eller’s cellphone and wallet were found in her car, which Konkol and her friends have said was normal when she went on runs in the forest.There’s been no sign of Eller for a week now, even as hundreds of people have been scouring the Kahakapao Trail.Eller and Konkol have been dating for about a year.”Amanda is one of the most amazing people I know. She’s radiantly beautiful — driven, successful, intelligent, super kind, loving, just overall wants to live the best life she can live,” he said.Konkol said he has not been a suspect “since the beginning,” but he voluntarily took, and passed, a lie detector test and allowed police to search their home, after which he was cleared.He has spent everyday searching the woods for Eller, along with Maui Fire and Rescue, the Maui Fire Department and dozens of search-and-rescue teams.”As soon as they gave me the go-ahead I went in the woods and I ended up hiking with the cops for awhile and then by myself down some streams, basically until my safety was in jeopardy,” Konkol said.”It’s not unlike her to want to go find a secluded spot or something cool,” he said. “Due to how thick the foliage is, we could have walked past her for all we know. She could be unconscious at this point. Calling for her is helpful, it could wake her up, but at the same time it’s not necessarily a cue that she’s not in the area.”Police are saying there’s no evidence of any foul play and she’s simply considered a missing person.”Officers attached to our Special Response Team have put in many miles searching the denser sections of the forest reserve,” Assistant Chief of Police Victor Ramos told Honolulu ABC affiliate KITV-TV. “We are grateful for the many tips and bits of information we received from the general public.

Konkol said even drones are being used to help find his girlfriend.”Not to rule out foul play, there’s always that possibility, however I feel strongly — and a lot of people definitely feel strongly that she’s in this forest,” Konkol said. “I just want to encourage everyone not to give up hope that she’s still here. It’s not unheard of that she could be still alive. I feel in my heart she’s still alive for whatever that’s worth.””She’s my soulmate, she’s the love of my life and I feel that she’s still out there. … I’d really like to stop spending my evenings alone and have my love back,” he added.