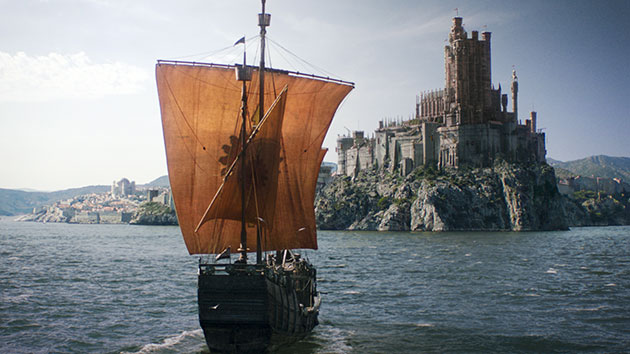 (NEW YORK) — “All men must die,” as the show’s mantra goes, but the Game of Thrones tourism industry will live on far past the series’ end.

Over its eight-season run, the show has attracted a steady stream of tourists to its various, stunning filming locations, including Iceland, Croatia and Northern Ireland.

Robbie Atkinson, a tour guide for Game of Thrones Tours in Northern Ireland, says because Game of Thrones is translated into almost every language, fans come from all over the world just to walk in their favorite characters’ shoes for a bit.

Some do it quite literally — in costume.  Atkinson says he’s seen fans dress up as everyone from Daenerys Targaryen to Ser Jorah Mormont.

“We have different types of characters and you think you’ve seen it all and then the next day you’re on the tour you see something even more crazy,” Atkinson says. “It’s just amazing that the fans are that dedicated that they dress up themselves to come on the tours.”

Atkinson, who’s also been an extra on Game of Thrones, expects GoT tourism to continue much in the same way Lord of the Rings and Harry Potter tourism has.

Similar to Harry Potter Studios in London, HBO is turning Game of Thrones’ former studios in Northern Ireland into a tourist attraction. The first one is set to open in spring 2020.

The Games of Thrones series finale airs Sunday at 9 p.m. on HBO. As for how it will all end, Atkinson offers no guesses.

“I gave up on theories years ago,” he laughs. “For Game of Thrones, every time you think you have a favorite character or think, ‘I know what’s gonna happen,’ they just turn it around totally, and no one has a clue what’s gonna happen.”