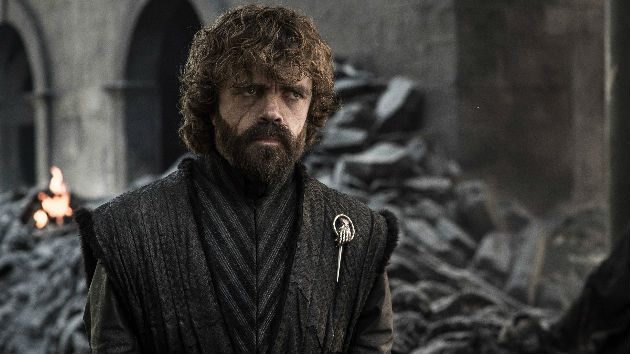 (LOS ANGELES) — (SPOILERS AHEAD) A number of Game of Thrones fans apparently aren’t happy with the direction of the show’s eighth and final season, and they’re calling for a remake with better writers.

“David Benioff and D.B. Weiss have proven themselves to be woefully incompetent writers when they have no source material (i.e. the books) to fall back on,” reads the petition, referring to the drama’s showrunners. “This series deserves a final season that makes sense. Subvert my expectations and make it happen, HBO!”

Fan reaction to last Sunday’s penultimate episode, titled “The Bells,” was divided after Emilia Clark’s character, Daenerys Targaryen, and her dragon rained fire down upon King’s Landing after the city surrendered — an action many fans said came out of proverbial left field for the character.

However, that was only the straw that broke the dragon’s back for many viewers, who have complained about the season being rushed in general, with many characters engaging in questionable acts.  They also complained that that episode three, “The Long Night,” was too dark — literally. And, of course, there was the Starbucks-style coffee cup that appeared in a scene from episode four, “The Last of the Starks.”

‘The Boys’ is tackling one of the comic’s raunchiest storylines
Clare Crawley breaks her silence on split from Dale Moss: “This was not what I expected or hoped for”
Rioter accused of stealing Nancy Pelosi’s laptop placed on house arrest
Kristen Bell opens up about “struggling” with her mental health, therapy with husband Dax Shepard
New York man who traveled to DC with Proud Boys arrested
Psst: Shonda Rhimes’ ‘Bridgerton’ renewed for second season at Netflix