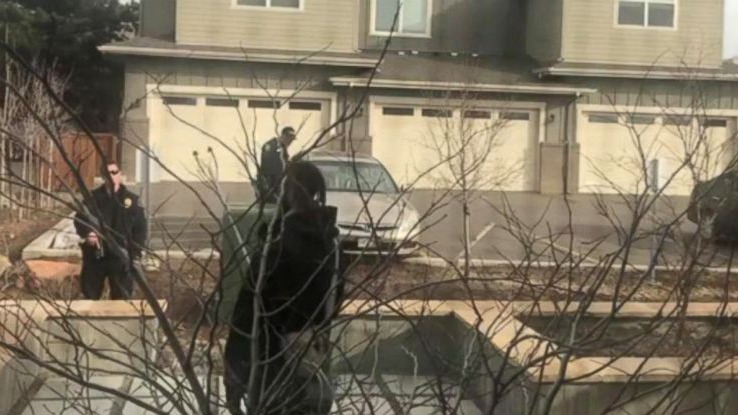 (BOULDER, Colo.) — A white Colorado police officer caught on video pulling a gun on a black man who was picking up trash outside his home has resigned, officials said Thursday.Boulder Police Officer John Smyly quit the police force after an investigation found he violated department policy when he drew his gun and attempted to detain 26-year-old Zayd Atkinson in March, according to officials and a police department internal affairs report.”While the finding likely would have resulted in suspension or possibly termination, Officer Smyly resigned prior to the conclusion of the disciplinary process,” a statement released by the City of Boulder on Thursday reads.A police internal affairs report obtained by ABC News shows Smyly’s decision to attempt to detain Atkinson “was not supported by reasonable suspicion that Mr. Atkinson was committing, had committed, or was about to commit a crime.”Atkinson, a student at Naropa University in Boulder, was picking up trash on March 1 in a patio area of his apartment when he was confronted by Smyley, whom police officials said was trying to determine if Atkinson was allowed to be on the property.A video of the ordeal taken by a neighbor and posted online showed Smyley holding his gun during the 8:30 a.m. confrontation with Atkinson, who was holding a bucket and a metal trash grabber.Atkinson showed Smyly his school identification card and told him he lived at the residence. But when the officer detained him for further investigation, Atkinson grew angry.Smyly radioed for back-up, saying the Atkinson was “being uncooperative and unwilling to put down a blunt object,” according to a police statement.Within minutes, other officers arrived on the scene, at least one holding a shotgun, the video shows.The officers eventually left when they determined Atkinson had every right to be on the property.News of the incident spread throughout Boulder, prompting a large and angry crowd to attend a Boulder City Council meeting, many in attendance holding metal trash grabbers.Attempts by ABC News to reach Smyley were unsuccessful.In an interview last month on ABC’s “Good Morning America,” Atkinson described the encounter as a “traumatic experience.””I thought that once the firearm was out that that meant that he was going to try to kill me,” Atkinson said. “It was a frightening experience. I didn’t know what else to do besides, you know, to fight with my voice and to practice my rights, which were thoroughly being breached.”