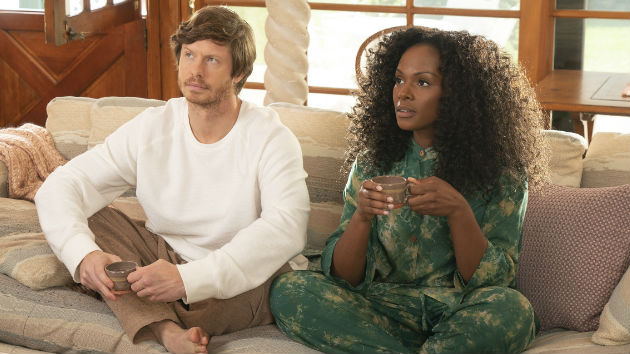 ABC/Richard Cartwright
Posted on May 16, 2019 by ABC News

The series, which received an early series order ahead of ABC’s upfront show on Tuesday, is the second black-ish spinoff, following Freeform’s grown-ish.

Set in the 80s, the series follows Tracee Ellis Ross’ black-ish character Rainbow Johnson as she recounts her experience growing up in a mixed-race family who moves from a hippie commune to the suburbs.

“My parents had sent us out into the real world with absolutely no warning that being mixed was even a thing,” Rainbow says in the trailer.

As previously reported, a forthcoming episode of black-ish will serve as a pilot for the mixed-ish spinoff.

Mixed-ish stars Arica Himmel as Bow Johnson, Tika Sumpter as Alicia Johnson and Christina Anthony as Bow’s aunt Denise.Ethan William Childress and Mykal-Michelle Harris will play Bow’s respective siblings Johan and Santamonica Johnson. Anders Holm, who originated the role as Rainbow’s father and Alicia’s husband on the flashback black-ish episode that spawned the series, appears in the trailer, but will be recast for the series.