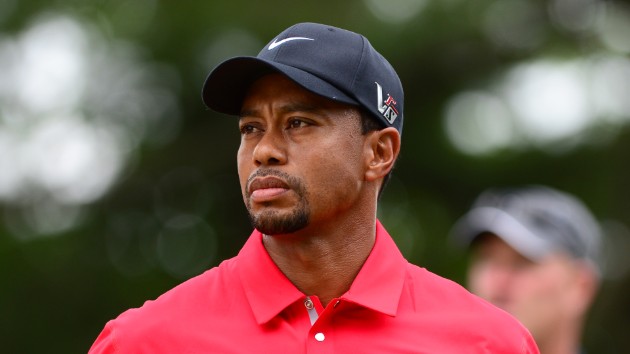 (JUPITER, Fla.) — The family of a man who worked as a bartender at Tiger Woods’ flagship restaurant in Florida has filed a wrongful-death lawsuit against the 15-time Major winner, his girlfriend and the restaurant. Nicholas Immesberger, 24, had a blood alcohol level that was more than three times the legal limit when he crashed his car on Dec. 10, 2018, according to his family. The lawsuit was filed on Monday. Lawyers for the family held a news conference on Tuesday during which they said that on the day he died, Immesberger had worked a lunch shift and then spent three hours drinking at the bar, called The Woods, before setting off for home. His family says that he was served alcohol to the point of “severe intoxication.”Neither Woods nor his girlfriend, Erica Herman — who works as a general manager at the Jupiter, Florida, bar — were there on the day Immesberger died, Spencer Kuvin, a lawyer for the family, said on Tuesday. He claimed, however, that Woods was aware of Immesberger’s addiction to alcohol.The family’s attorneys also claim that video showing Immesberger drinking at the restaurant’s bar after work on the night he died had been destroyed.Lawyers for the Immesberger family said the lawsuit was intended to “prevent the further destruction of evidence.””Tiger, Erica and The Woods staff all knew that Nick had a disease. He was addicted to alcohol,” said Craig Goldenfarb, another lawyer for the family, during the news conference.The pro golfer, who received the Medal of Freedom from President Trump on May 6, addressed the issue at a news conference Tuesday for this week’s PGA championship.”We are all very sad that Nick passed away. It was a terrible, terrible night, terrible ending and just…we feel bad for him and his entire family. … It’s very sad,” Woods said.Immesberger’s parents say he was planning on going back to school to become a firefighter. They are now seeking unspecified monetary damages. Copyright © 2019, ABC Radio. All rights reserved.