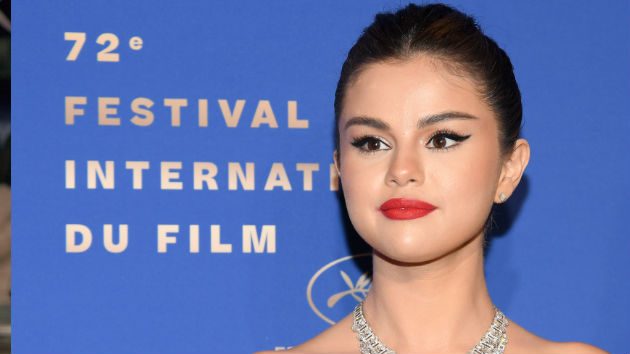 Photo by Pascal Le Segretain/Getty Images
Posted on May 15, 2019 by ABC News

(CANNES) — Selena Gomez may be one of the most-followed people on Instagram, but that doesn’t mean she thinks social media is a good idea.

Variety reports that at a press conference during the Cannes Film Festival to promote her new movie The Dead Don’t Die, Selena told reporters, “I would say for my generation, specifically, social media has really been terrible.”

“It does scare me when you see how exposed these young boys and young girls are,” she added. “They are not aware of the news. I think it’s dangerous for sure. I don’t think people are getting the right information sometimes.”

According to Selena, she thinks it’s “pretty impossible” for social media to be “safe” for young people at this point.

“It just scares me. I’ll see these young girls at meet and greets. They are devastated, dealing with bullying and not being able to have their own voice,” she revealed. “It can be great in moments. I would be careful and allow yourself some time limits of when you should use it.”

Biden’s first 100 days live updates: Biden slams Trump vaccine plan as ‘dismal failure’
Clare Crawley breaks her silence on split from Dale Moss: “This was not what I expected or hoped for”
Psst: Shonda Rhimes’ ‘Bridgerton’ renewed for second season at Netflix
Chrissy Teigen says sobriety is “a different world for me”
900,000 Americans filed for unemployment insurance last week
Florida to start requiring proof of residency for COVID-19 vaccinations