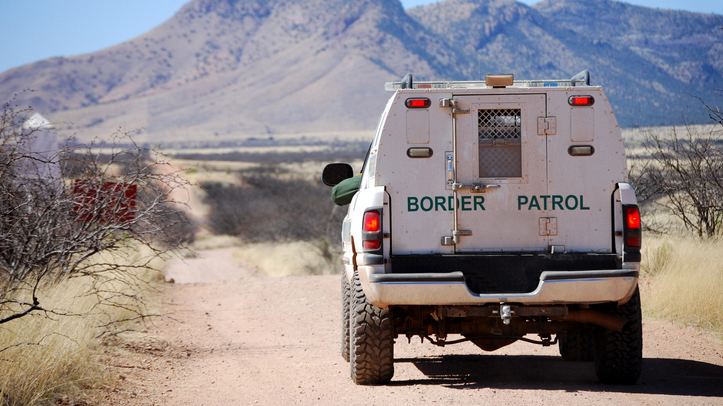 (WASHINGTON) — President Donald Trump is expected to announce a new immigration plan in a speech Thursday afternoon, the latest attempt by the administration to follow through on a campaign promise to overhaul America’s immigration system.A senior administration official told reporters on Wednesday that the proposal, which is being pitched to lawmakers on Capitol Hill, is aimed at allowing more high-skilled workers entry into the United States and modernizing ports of entry. But the official said the plan does not directly tackle one of the cornerstones of Trump administration policy: curbing illegal immigration.“I don’t think most countries are giving us their finest. Do you agree? And that’s what’s happening and it’s causing tremendous problems with crimes,” the president said on Capitol Hill at the Annual National Peace Officers’ Memorial Service on Wednesday. The president went on to claim that the influx of undocumented immigrants has caused a spike in crime, recent studies that have shown no link between communities with increased undocumented immigrant populations and crime.The official, who spoke on the condition of anonymity, said the plan has six main goals: “to fully secure the border,” “protect American wages,” “attract and retain the best and brightest,” “unify families,” “get labor in critical industries,” and finally to “preserve our humanitarian values as a country.”The “Trump Immigration Plan,” as described by officials, would prioritize visas for applicants with extraordinary talent, professional and specialized vocations, and exceptional students.Legal immigration numbers would remain the same with 1.1 million green cards, according to the official, who said the administration studied merit-based systems in countries like Canada, Australia, New Zealand, Japan and Singapore. Using points, the plan would change the makeup of American migrants – although the administration said, without evidence, it would increase overall diversity.In 2017, over 1 million lawful permanent residents are admitted to the United States, with almost two-thirds gaining entry through family-based migration and less than 10 percent gaining entry via their employment.It does not discuss what to do with temporary workers and it does not handle finding a pathway to citizenship for the so-called “DREAMers” or those temporarily covered by Deferred Action for Childhood Arrivals, DACA, an ongoing priority for Democrats and swing-state Republicans.On Tuesday, the president’s son in law and architect of the plan Jared Kushner presented the framework at the Senate Policy Luncheon. It was met by some skepticism and confusion on Capitol Hill, although a senior administration official described the feedback and response as “fabulous.”“I am concerned about the fate of the DACA young people, and they cannot be excluded from any immigration package,” Sen. Susan Collins, R-Maine, said following Kushner’s meeting.A senior administration official said the main goal of the immigration policy rollout is to lay out the president’s priorities and try to gain Republican consensus.“One of my favorite quotes is in Alice in Wonderland, where the Cheshire Cat says ‘if you don’t know where you’re going it doesn’t matter which path you take’ I think often in Washington people try to jump into debates without having a defined thoughtful proposal of what they think is achievable,” a senior administration official said. “What we tried to do is pick the places where we can unite. And the president’s trying to lead on that.”