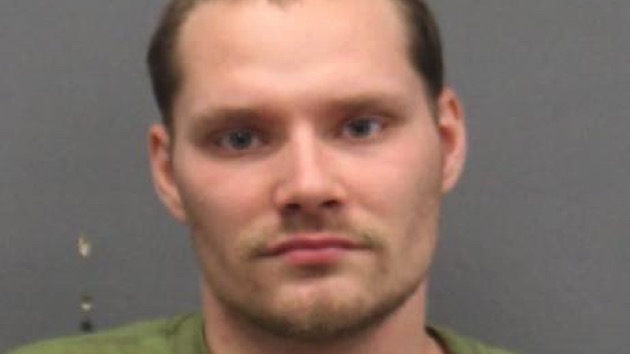 (ATLANTA) — The mother of a Georgia teen allegedly murdered by a traveling carnival worker described him as “the scum of all earth.”Cynthia Butterworth, the mother of 17-year-old Joslyn M. Alsup, told ABC Atlanta affiliate WSB-TV that her daughter met the suspect, 23-year-old James Michael Wright, last September at the North Georgia State Fair.”He is unfit to even be called a monster,” Butterworth said through tears.Alsup’s father worked for carnival company Drew Expositions, where Wright worked as a sub-contractor, Fred Newman, sheriff for the Washington County Sheriff’s Office in Virginia, told reporters at a press conference Monday.Wright was in charge of the ponies, Butterworth said.”That’s what we called him — the ‘pony dude,"” she said.It is unclear how long he worked for the carnival, which travels up and down the East Coast, Newman said.Wright allegedly shot and killed Alsup near his home in Mendota, Va., on March 9, Newman said. She was reported missing by her family the day before.”We’ve been looking for her. We had everybody out,” she said. “And then come to find she’s been gone this whole time.”Wright is also accused of murdering two other women he met while working at the carnival, Newman said. On Feb. 28, he allegedly shot and killed 22-year-old Elizabeth Marie Vanmeter, of Carter County, Tennessee, after an argument, and on March 17, Wright allegedly shot and killed 25-year-old Athina Hopson.”I see someone that shouldn’t be on earth,” Butterworth said. “My heart is so full of hate — for him and what he has done.”Wright allegedly confessed to the murders last week while being interviewed by detectives in Tennessee, Newman said.He allegedly deemed all three killings as accidents, Newman said, adding that the firearm believed to have been used in each murder has been recovered.Alsup’s and Vanmeter’s bodies were found Friday on the property surrounding Wright’s home, Newman said. One body was buried in a shallow grave and the other was placed on or near some logs, Newman said. Investigators have “tentatively” identified the bodies based on Wright’s alleged statement.Authorities have not yet located Hopson’s body, Newman said. Wright allegedly told investigators that her body fell out of his truck and down an embankment near a bridge as he was driving and that he placed her body in the river, Newman said.Hopson’s cellphone was found in Wright’s truck during a search two weeks ago, Newman said.Authorities are still investigating Wright’s involvement with the carnival to determine whether there could be more victims, Newman said.A representative for the carnival company did not immediately return ABC News’ request for comment. It is unclear whether Wright has retained an attorney.