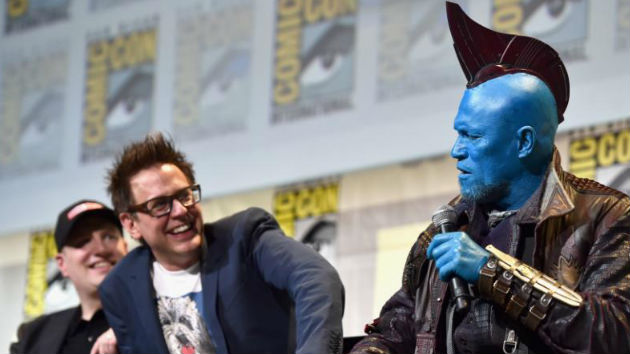 (LOS ANGELES) — In a lengthy interview with Deadline, Guardians of the Galaxy series writer/director James Gunn discusses for the first time his firing from the Marvel Cinematic Universe by ABC News’ parent company Disney, and his eventual re-hiring.

As you’ll recall, Gunn was famously fired last year, when a series of old, offensive tweets of his were unearthed.

“There have been other difficult days in my life, from the time I got sober when I was younger, to the death of friends who committed suicide,” he tells Deadline. “But this…suddenly it seemed like everything was gone.”

A contrite Gunn takes the blame, telling the publication, “Disney totally had the right to fire me. This wasn’t a free speech issue.”

The loss of Guardians hit him hard, because, he explains, “My apparatus for being loved was my work…I had never really experienced before that feeling of being loved so deeply.”

“[But] then came this outpouring of real love,” he noted, referring to the Guardians cast who publicly backed him, as well as the support from his other friends and family.

“So a part of that day was the worst of my life, and a part of it was the greatest day of my life.”

Disney co-chair Alan Horn reportedly met with Gunn multiple times after the firing, and was convinced by his contrition; he was rehired in March.