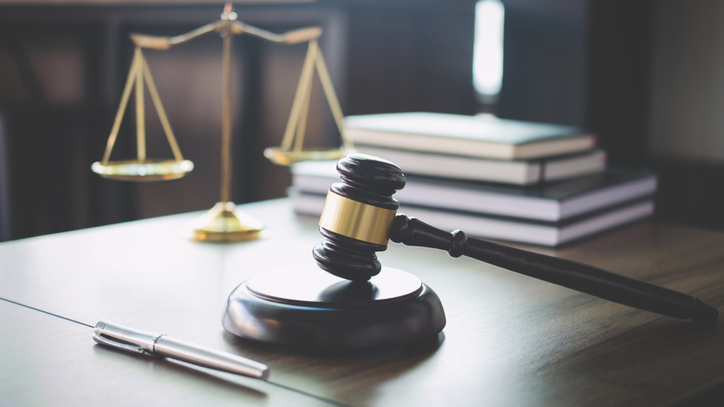 (HOUSTON) — Nearly 100 people in Texas have been indicted on federal marriage fraud charges, in a scheme allegedly aimed at securing U.S. Green Cards for Vietnamese nationals, according to officials.The alleged ringleader of the scheme, Houston resident Ashley Yen Nguyen, had associates operating throughout Texas and Vietnam, the U.S. Immigration and Customs Enforcement said in a press release. The indictment, which names 96 people, was filed on April 30 in the Southern District of Texas, but it remains under seal.The suspected criminal organization allegedly created 150 sham marriages in the past six years, ABC Houston station KTRK-TV reported.“Marriage fraud is a serious crime,” USCIS Houston Director Tony Bryson said in the statement. “This indictment reveals how successful our working relationships are with our law enforcement and intelligence partners when it comes to investigating marriage fraud. USCIS remains steadfast in our commitment to ensuring national security, public safety and the integrity of the immigration system.”Each “beneficiary spouse” allegedly paid Nguyen between $50,000 to $70,000 to obtain full U.S. permanent resident status, according to the ICE statement. The agreements allegedly dictated that individuals would pay an additional amount for each benefit he or she received, such as admission into the U.S., conditional U.S. permanent resident status an, finally, full U.S. permanent resident status.The organizers allegedly went so far as to prepare fake wedding albums that included photographs, the statement said.The suspects also allegedly provided false tax, utility and employment information to USCIS, it said.Several individuals also allegedly acted as guides for those who traveled from Vietnam to petition for residency in the United States, according to ICE. The guides acted “under the guise” that they were meeting their fiances, but they were actually “beneficiary spouses paying the criminal organization to circumvent U.S. law,” the statement said.The couples involved in the fraudulent marriages did not live together and did not intend to do so, “contrary to the official documents and statements they submitted” to the U.S. Citizenship and Immigration Service in Houston, the statement said.”The spouses only met briefly, usually immediately before they obtained their marriage license, or not at all,” the statement read.Attorney Trang Le Nguyen was also charged with preparing paperwork associated with at least one of the fraudulent marriages and allegedly instructed a witness who provided information to law enforcement to “go into hiding” and not travel by air, according to ICE. That attorney was charged with obstructing and impeding the due administration of justice and tampering with a witness. ABC News could not immediately reach an attorney for her.The indictment remains sealed for those who have been charged but are not yet in custody, according to ICE. It includes 47 counts of marriage fraud, 50 counts of mail fraud, 51 counts of immigration fraud and 51 counts of false statements under oath in a matter relating to the registry of undocumented immigrants, according to ICE’s statement.The charges — conspiracy to commit mail fraud, mail fraud and tampering with a witness, victim or informant — all carry possible 20-year federal prison sentences, the release said.On Monday, several family members of some of those indicted trickled in and out of court, according to KTRK-TV.Marc Carter, the attorney for the alleged ringleader, Nyugen, told KTRK-TV that his client was included in the indictment “because she’s helped people.””The government in these detention hearings always try to make these salacious kind of statements and arguments,” Carter told KTRK. “They were also making a point to let the judge know she is a naturalized citizen that is somehow less than someone born here.”A federal judge ruled that Nyugen was a flight risk, and she is being held, as is her husband, according to KTRK-TV. Nyugen’s daughter was released after posting a bond, KTRK-TV reported.Carter did not immediately answer ABC News’ request for comment.