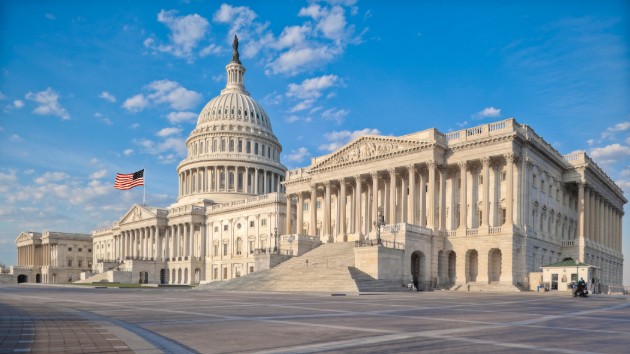 (WASHINGTON) — As the White House maintains its posture of blocking any and all congressional oversight requests, an attorney who represented the last president to face impeachment proceedings warned Democrats “to pick and choose these battles very carefully” or risk losing the public’s support of their “legitimate oversight function.””The un-redacted Mueller report, I don’t think that’s the right battle,” Jane Sherburne, the former special counsel to President Bill Clinton, said on an episode of ABC News’ “The Investigation.” “What is redacted adds only incrementally, in a very small way, to the vast amount of information that is already quite damning in that report, so I wouldn’t have picked that battle.”Sherburne’s remarks came less than a week after the House Judiciary Committee, led by Democrat Rep. Jerry Nadler, D-N.Y., voted to hold Attorney General William Barr in contempt of Congress for refusing to turn over an un-redacted version of the special counsel Robert Mueller’s 448-page report.

[ READ THE FULL TRANSCRIPT OF SHERBURNE’S INTERVIEW ON “THE INVESTIGATION” ]

Last week on “The investigation,” White House press secretary Sarah Sanders called Nadler’s actions “nothing more than a big dog-and-pony show.”Sherburne said Democrats are on firmer ground with their requests for Mueller to testify and for President Donald Trump’s financial records, which two committees have requested from the White House, arguing “there can be a legitimate basis for making that request.”But Democrats risk taking their investigations into the president too far, Sherburne warned. Reflecting on her time defending Clinton, Sherburne described how aggressive Republican oversight “helped President Clinton in some ways,” advising Democrats not to be “goaded” into impeachment, as House Speaker Nancy Pelosi said last week.Some liberal Democrats have begun calls for impeachment, but thus far leadership has resisted those calls. On ABC News’ This Week with George Stephanopoulos Sunday, House Intelligence Committee Chairman Adam Schiff, D-Calif., said the White House’s stonewalling of Democrats “does add weight to impeachment.”While “there’s plenty [of evidence] for impeachment,” Sherburne said, “I think it would backfire.””I do worry about that,” Sherburne added. “When [Democrats] are pretty consistently saying, ‘You know, I don’t think we’re going to go down that road,’ [Trump] throws down another gauntlet and he’s making it almost impossible for them not to respond in some way.”Even so, Sherburne agrees with Democrats who have called the ongoing rift between the administration and congressional Democrats — including Pelosi — a “constitutional crisis.””If they’re really serious about stiffing Congress — all of these document requests and subpoenas and requests for witnesses — yeah, I think that’s a constitutional crisis,” Sherburne said.In light of the perceived “constitutional crisis,” Sherburne lamented the White House strategy of offering “blanket” denials to Democrats in search of witnesses, testimony or documents.”Just saying ‘no’ and stonewalling Congress was not something that was in our lexicon,” Sherburne said. “We understood that there was a legitimate oversight function that Congress had, and we tried to work things out.” Copyright © 2019, ABC Radio. All rights reserved.

“I’d be up for that!” Liam Neeson wants to re-join the ‘Star Wars’ universe with Disney+’s ‘Obi-Wan Kenobi’ show
‘WandaVision’ star Paul Bettany on his father’s struggle to come out of the closet
In scathing draft of letter never made public, Trump chided James Comey for ‘erratic,’ ‘self-indulgent’ conduct
Steve Martin shares hilarious thoughts about getting the COVID-19 vaccine
How to build an emergency fund, how much to save for it and how to avoid spending it
‘The Marksman’ dethrones ‘Wonder Woman 1984’ at the box office with $3.2 million weekend