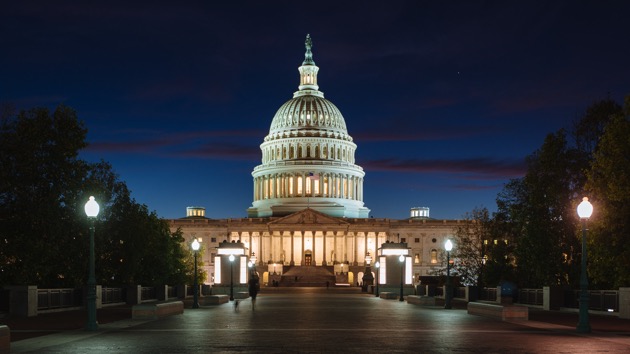 (WASHINGTON) — House Speaker Nancy Pelosi said there may be more contempt-of-Congress citations coming in the ongoing, unprecedented power struggle with the president, who’s said he intends to fight “all of the subpoenas” issued by House Democrats.The scope and nature of Congress’ powers to investigate are at the heart of the battle that appears destined to end up in the courts.Already President Donald Trump’s own attorneys have gone to court, suing to block their client’s financial records from being released by his accountants and banks, pursuant to a subpoena by the House Oversight and Reform Committee.The subpoena is normally a powerful tool through which Congress obtains investigative material. But when a subpoena to the executive branch is ignored or not complied with, it sets up a constitutional standoff. Pelosi on Thursday called it a “constitutional crisis.”How does contempt work, and what does executive privilege have to do with it?A contempt citation is Congress’ tool to try to force compliance with a subpoena. It takes a vote of the full House on a contempt resolution — a simple majority vote — before someone can be said to be in contempt of Congress.If the recipient of a subpoena does not comply, that person could be held to have violated the contempt statute — a criminal violation.But if that recipient is a federal government official, and has been told by the president not to comply, an assertion of executive privilege is one of the ways that person would be protected from criminal contempt.Hence, the White House’s assertion of executive privilege on Wednesday over the entire Mueller report. That move covered Attorney General William Barr from any criminal liability should the House uphold the House Judiciary Committee vote to hold Barr in contempt.Normally, Congress would refer any contempt citation to the U.S. Attorney in Washington, but in this case it would not result in any further criminal prosecution. John Bies, a Department of Justice Office of Legal Counsel veteran who dealt with many Congressional standoffs, explains, “Under a long-standing DOJ position on the contempt statute, anyone acting at the direction of a president cannot be held criminally liable.”The U.S. Attorney, in Barr’s case, would, therefore, be expected to refuse prosecution, according to Bies, now chief counsel at American Oversight.There’s still a chance the committee could reach an accommodation with the DOJ on the Mueller report.”There could be further negotiations between now and then between the two branches. And so, perhaps, the house doesn’t even get to that vote [of contempt],” said Brookings’ Margaret Taylor, a former Democratic chief counsel and deputy staff director for the Senate Foreign Relations Committee.But if there is no agreement, it’s likely full steam ahead with contempt.So if Barr is protected from criminal contempt, is a contempt vote by Congress a moot point?No. Barr cannot be criminally prosecuted, but he could still be held in contempt of Congress.And Congress often holds someone in contempt in conjunction with a vote to authorize civil litigation to enforce a subpoena, according to Bies.Republicans did this when they held Attorney General Eric Holder in contempt for spurning their demands in their investigation of a federal gun-running scheme known as Operation Fast and Furious. The U.S. Attorney at the time never prosecuted Holder, because he was protected by an assertion of executive privilege by the Obama White House.It is perhaps notable, however, that it took 3 1/2 years for Republicans to win their fight against the administration as the case wended its way through the legal system.Traditionally, though, instead of the House voting to authorize civil litigation, the Bipartisan Legal Advisory Group does so. This five-member House leadership panel — weighted to the majority — can vote to direct the general counsel of the House to sue to have a subpoena enforced.Another option available to Congress, of course, through the Constitution, is the power of impeachment. For now, Democratic leaders are staying far from it, but it’s worth remembering that one of the articles of impeachment against President Richard Nixon was contempt of Congress.Why was Trump’s claim of executive privilege on Wednesday so broad?The president asserted a kind of blanket protective executive privilege over the unredacted Mueller report on Wednesday.It was something of a placeholder, according to Bies, and the assertion would ultimately need to be laid out in detail.”If they’re acting in good faith, they should come back and say, ‘Here’s our production of things we think we can produce to you (the committee), and here’s what we think we need to hold back because it’s subject to a valid claim of privilege,"” Bies said.There’s no hard guideline on a time frame for this response, Bies said, but added, “They can’t rest on the protective claim forever.”How does the House challenge a claim of executive privilege?Any challenge of executive privilege happens in the court fight to get a subpoena enforced.”The judge would sort through the various claims of executive privilege if the judge is satisfied that a good faith accommodation process has occurred between the two branches,” Taylor said.Would the courts be loath to step into what appears to be a political fight?There are competing considerations there. No judge would be happy to draw a case like this, Bies said.It’s high profile and guaranteed to anger a lot of people, no matter how he or she rules. In Fast and Furious, the DOJ tried to argue that the courts should not adjudicate the matter, but the courts sided with Congress. The same thing happened in 2007 in a battle of then-President George W. Bush’s wholesale firing of all 99 U.S. attorneys.”The ultimate question will be whether or not this is a valid privilege claim,” Bies said.Copyright © 2019, ABC Radio. All rights reserved.