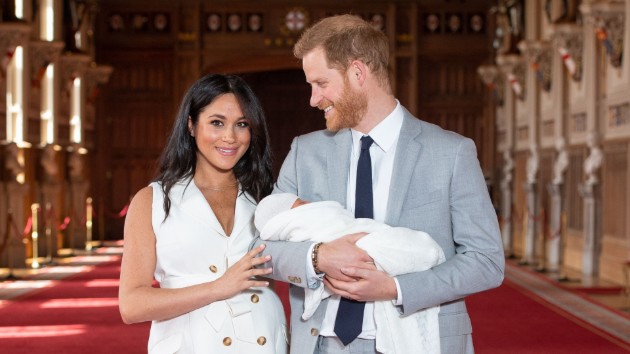 DOMINIC LIPINSKI/AFP/Getty Images
Posted on May 14, 2019 by ABC News

(NEW YORK) — Meghan, the Duchess of Sussex, is no longer pregnant — she gave birth to a son named Archie on May 6 — but she is still in what experts call the “fourth trimester” of pregnancy.It is a period of time where women are both recovering from birth, a major medical event, while also grappling with the emotional and physical challenges that come with caring for a newborn.It’s also a time where women should have consistent medical care, although a new survey shows that an alarming number of new moms in the U.S. do not.More than 25 percent of women did not have a plan to manage their health after giving birth, according to the survey of more than 1,200 adult women, published last week in the Journal of Nutrition Education and Behavior.When asked about their personal obstacles to postpartum care, women cited many reasons, ranging from not having time, to feeling “selfish” for being overwhelmed, or simply feeling alone.More than 40 percent of the women surveyed felt anxious, overwhelmed, or depressed, while more than one third of women felt embarrassed by the changes in their body after pregnancy.Those feelings are the exact reason women need to regularly see their doctor after they give birth, experts say.The American College of Gynecologists released new guidelines on postpartum care last year to reinforce the period of time after birth that it also calls the “fourth trimester.”The ACOG now recommends that all postpartum women have contact with their OB-GYN or obstetrics provider within the first three weeks after delivery, and that care should continue on an ongoing basis, ending with a “comprehensive postpartum visit no later than 12 weeks after birth.”

What happens in the ‘4th trimester’?It was one of Duchess Meghan’s closest friends, tennis superstar Serena Williams, who put the term “fourth trimester” in the spotlight last year after she opened up about suffering from postpartum depression following the birth of her daughter, Alexis Olympia Ohanian Jr.”I remember one day, I couldn’t find Olympia’s bottle and I got so upset I started crying … because I wanted to be perfect for her,” Williams told Harper’s Bazaar U.K. “Honestly, sometimes I still think I have to deal with it. I think people need to talk about it more because it’s almost like the fourth trimester. It’s part of the pregnancy.”Williams has said she was forced to spend the first six weeks of motherhood unable to get out of bed after undergoing multiple operations due to a complication after her emergency C-section, an example of the medical need that continues post-delivery.Yet as many as 40 percent of U.S. women who have given birth do not attend a postpartum medical visit, according to ACOG.In addition to the physical recovery, women in the fourth trimester are also dealing with changing hormones. That time is also when a woman is learning to care for and feed her newborn.ACOG recommends new moms have “sustained, holistic support” after birth.The college has called for a woman’s comprehensive postpartum visit no later than 12 weeks after birth to include a “full assessment of physical, social, and psychological well-being,” including, “mood and emotional well-being; infant care and feeding; sexuality, contraception, and birth spacing; sleep and fatigue; physical recovery from birth; chronic disease management; and health maintenance.”About one in every nine women suffer from postpartum depression in the U.S., according to the Centers for Disease Control and Prevention (CDC).Yet despite major medical organizations recommending screening for postpartum depression over the past several years, half of all women in the U.S. remain undiagnosed and untreated, studies show.In addition to not receiving early monitoring and intervention for postpartum depression, women who do not receive postpartum medical care put themselves at risk for pregnancy-related death, which can occur up to a year after a woman gives birth.In the week after delivery, severe bleeding, high blood pressure and infection are the most common causes of death. Between one week and one year after delivery, cardiomyopathy, or weakened heart muscle, caused the most deaths, according to the CDC.Three in five pregnancy-related deaths in the U.S. can be prevented, the CDC found, citing contributing factors including lack of access to appropriate and high-quality care, missed or delayed diagnoses and lack of knowledge among patients and providers around warning signs.Ensuring quality care for mothers throughout pregnancy and postpartum “should be among our nation’s highest priorities,” CDC Director Robert R. Redfield said in a statement.

What women need to do in the ‘4th trimester’The adage that you have to put the oxygen mask on yourself first before being able to help others applies to moms who have just given birth. Just as a mom would not miss her child’s first doctor’s appointment, she needs to prioritize her own medical care and follow-up appointments.Here are three action items for new moms, following guidance from the American College of Obstetricians and Gynecologists (ACOG):1. Make your postpartum care plan before you give birth: Know before you become a parent who is going to support you in parenthood. Know the doctors and experts you will need to see after you give birth, talk to your provider about what to expect in terms of your own body after birth and have conversations with your doctor about whether or not you plan to have future pregnancies2. Talk to a maternal care provider within three weeks of giving birth: All women should ideally have contact with a maternal care provider within the first three weeks postpartum for an initial assessment, according to ACOG.3. Talk to your provider about everything, including mental health: A woman’s postpartum visit no later than three months after she gave birth should include a full physical assessment as well as conversations about the woman’s social and mental well-being. No topic should be off limits, including pain, breastfeeding difficulties, stress, fatigue new mental health concerns, lack of sexual desire and body changes.Copyright © 2019, ABC Radio. All rights reserved.

Families say more should have been done after 3 murders at New York City housing complex
US Air Force changes hair requirements for women
“I was just trying to keep warm!” Bernie Sanders laughs on ‘Late Night’ about his meme-ready picture
Vaccinating America is easier said than done: 5 things to know about Biden’s plan
Georgia Black women leaders on ‘saving democracy’ by helping flip Senate, fueling Biden-Harris win
Clare Crawley breaks her silence on split from Dale Moss: “This was not what I expected or hoped for”