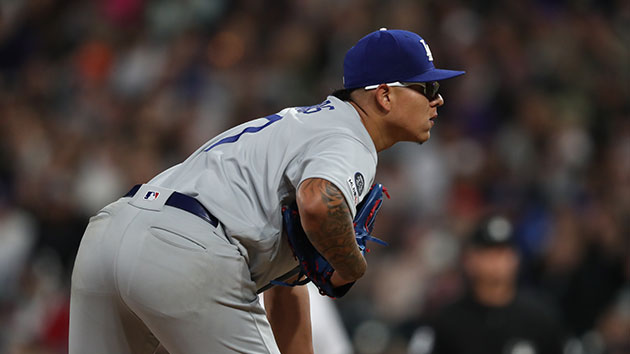 Gabriel Christus/ESPN Images
Posted on May 14, 2019 by ABC News

(NEW YORK) — Dodgers pitcher Julio Urias was arrested on suspicion of domestic battery outside of a Los Angeles mall on Monday night, ESPN has learned.Urias, 22, was arrested after police responded to a report of an argument in a parking lot for the Beverly Center around 7:30 p.m. He was booked for a misdemeanor and spent the night in jail before posting $20,000 bail.The Dodgers released a statement saying that they are aware of the situation and are cooperating with the authorities and Major League Baseball, but have no further comment at this time. Urias was recently moved out of the Dodgers’ starting rotation and placed in a bullpen role where he recorded his second save in five days on Monday. Copyright © 2019, ABC Radio. All rights reserved.