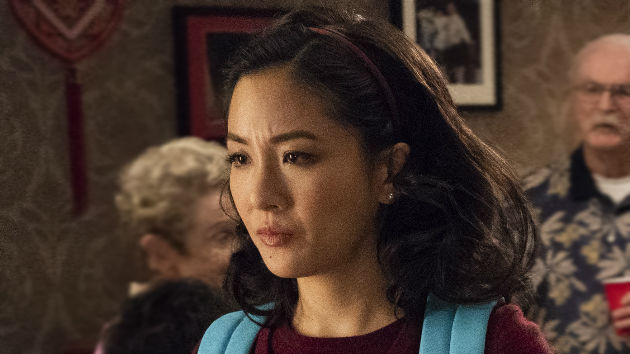 (LOS ANGELES) — For a working actor, learning your show has been renewed is one of the most thrilling pieces of news you can get.  But Fresh Off The Boat’s Constance Wu seemed less than thrilled about receiving that news a few days ago — so now, other celebrities aren’t letting her forget it.

When ABC announced on Friday that the family comedy that made her famous would be returning for a 6th season, Wu tweeted: “So upset right now that I’m literally crying. Ugh. F***.”

The Crazy Rich Asians star followed that with, “Fu***** hell,” and responded “No it’s not,” when a fan talked about the “good news.” Since then, she’s deleted some responses — which were screenshot by People and other outlets — and tried to backpedal on others.

Other celebs started spoofing Wu by tweeting about their own good news.

“Oh fu***** god**** hell f*** f***…,” tweeted Orville star and producer Seth MacFarlane Saturday, when it was announced that the sci-fi show would be returning for season three.

Chris D’Elia offered this suggestion to Wu: “Just put me on the show. It will get canceled for sure.”

One common response to Wu’s reaction was to refer back to another seemingly ungrateful ABC star.

“Ask Katherine Heigl how that worked for her,” many noted.  The former Grey’s Anatomy actress infamously slammed the show’s writers, and openly criticized Knocked Up, the film which made her a bankable movie star, albeit temporarily.Responding to the abuse, Wu posted, “I love FOTB,” and added that she was “temporarily upset” because, “renewal meant I had to give up another project that I was really passionate about.”